Yahoo joins the club, throws its support behind Apple against the FBI 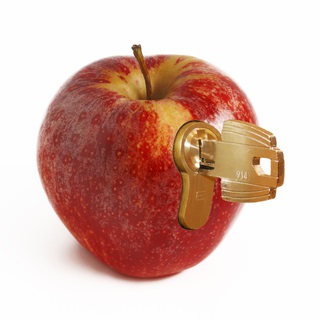 For the past couple of weeks the tech news has circled around Apple versus the FBI, after the iPhone maker refused to comply with a court order to unlock a phone used by one of the terrorists in the San Bernardino shootings. That handset may or may not hold data relevant to the case or perhaps reveal plans for future attacks.

We'll possibly never know, given the agency changed the Apple ID and there are claims that even the iPhone maker cannot now get into it. The FBI, for its part, has acknowledged that it made a mistake in changing that ID.

Since all of this began swirling a steady stream of tech companies, including the likes of Microsoft and Google have thrown their support behind a company that they would generally consider a rival in business. It's become a united front -- stand together or risk falling separately.

The latest to join this coalition is Yahoo, as the search company announces it too is standing behind the Cupertino-based company.

Ron Bell, general counsel at Yahoo, states "This case isn’t simply about letting the FBI pick the lock to a dead terrorist’s phone. It’s about whether governments can conscript private companies to disable security features built into their devices. Should the U.S. government prevail in its arguments, the All Writs Act -- statute enacted 50 years before the telegraph -- could be used to compel companies to write code to defeat their own security protocols. Once courts open that door, as FBI Director James Comey said just days ago, the case would become 'potentially precedential'. More is at stake than a single iPhone".

Most people in the industry are in agreement with that statement, including security guru Brian Krebs, who quoted Nicholas Weaver of International Computer Science Institute, saying "Almost immediately, the National Security Agency is going to secretly request the same authority through the Foreign Intelligence Surveillance Court (FISC). How many honestly believe the FISC wouldn't rule in the NSA’s favor after the FBI succeeds in getting the authority?"

Yahoo's Bell concludes "Our interest in this case is clear. More than 1 billion users entrust their personal information to Yahoo. We have built these relationships over our more than 20 years in the business, and the security of our users’ information is of paramount importance to them and to our company. This case will set critical precedents, and we’ll continue to lend our voice to the debate".

While there is consensus among the tech crowd, there also seems to be consensus on the other side, with politicians with little or no knowledge of the technical aspects of this, not to mention little interest in finding out, using this as a campaign platform, playing on the average person's fears.

A New York court recently ruled in Apple's favor on a separate similar case, but whether this will be an indicator of success in the San Bernardino case remains to be seen.