The FBI wants you to think Apple is a terrorist sympathizer 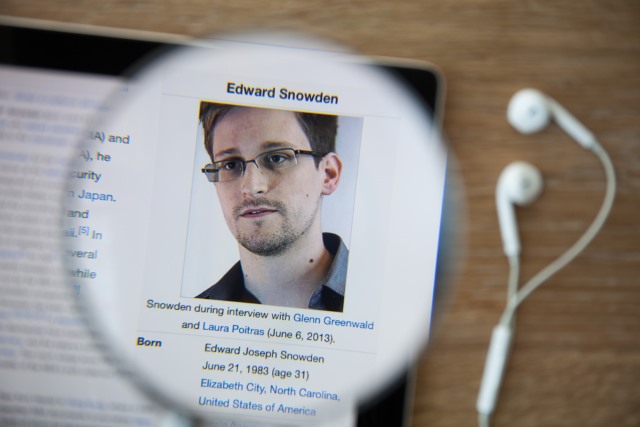 Speaking at the Common Cause Blueprint for a Great Democracy conference in Moscow via video link, Edward Snowden gave tech writers around the world an excuse to swear in headlines. Dismissing the FBI's claims as 'bullshit', the former NSA contractor says that Apple's involvement is not needed for the law enforcement agency to unlock the San Bernardino shooter's iPhone.

Snowden is not alone in decrying the demands being made by the FBI that Apple should create custom firmware to allow it to bypass the lock screen of the iPhone at the center of the terrorism case. He's one of a growing band of people convinced that the FBI is using the San Bernardino as a PR exercise. Apple has been criticized for being unhelpful, but more than this, the FBI is painting a picture that shows Apple as a terrorist sympathizer.

Edward Snowden said: "The FBI says Apple has the 'exclusive technical means' to unlock the phone. Respectfully, that's bullshit". It's hard to disagree. You would think that having employed the smartest people in the country (presumably), and having virtually unlimited resources, the FBI would be able to just crack on and get the job done; no form of protection or encryption is completely infallible, after all. But that would be bad PR for the FBI at a time when it is desperate to improve its image -- far better to shift the burden of responsibility to Apple who can then be singled out as a terrorist sympathizer for refusing to help.

This certainly seems to be what's happening. It has been suggested from some quarters that Apple should just bite the bullet and get on with helping the FBI, meeting whatever demands the agency makes. Apple is understandably not keen on this idea, so the suggestion has been that the company should comply with requests, but keep quiet about it. Whether Apple helps the FBI or the FBI manages to find its own way into the iPhone, it's unlikely we'll ever really know what happens -- even if we are told nothing has happened.

The lack of transparency with the FBI and NSA up to this point means we'll never know for sure what's actually going on, who's working with who and what's been done. There's a very public battle of wills being waged between Apple and the FBI, but who knows what’s going on in the background?

Are the FBI's claims bullshit? We'll probably never know. It has been said that the FBI could very easily get around the auto-erase function of the iPhone. One thing is for sure however -- every tech company jumping on the bandwagon to show support for Apple is also using this as a PR tool. It's important that's not forgotten.