China praises hacker who tried to steal US military secrets 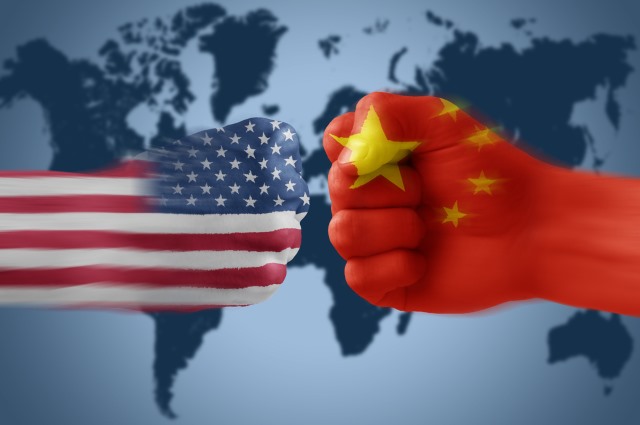 Tensions could be set to mount between the US and China after the Communist government's Global Times newspaper praised Su Bin, the Chinese "government soldier" who pled guilty to trying to steal military secrets from US defense contractors.

Despite the Chinese government having previously said that it does not support cybercrime or online espionage, the state newspaper used an editorial to say "Su Bin deserves respect whether guilty or innocent". The hack was designed to gather data about, amongst other things, the F-22 and F-35 fighter jets and C-17 military transport aircraft.

The Chinese government has denied any connection to Su's case in which he was accused of working with two accomplices. The Chinese millionaire had been residing in Canada, fought extradition to the US, and then struck a deal whereby a guilty plea would limit his sentence to no more than five years imprisonment.

The editorial made no attempt to disguise the support the Global Times -- and by extension, the Chinese government -- has for Su and the hack. It also questions whether Su is actually guilty:

We have no reliable source to identify whether Su has stolen these secrets and transferred them to the Chinese government. If he has, we are willing to show our gratitude and respect for his service to our country. On the secret battlefield without gunpowder, China needs special agents to gather secrets from the US. As for Su, be he recruited by the Chinese government or driven by economic benefits, we should give him credit for what he is doing for the country.

If Su was wronged and forced to plead guilty, he should have our sympathy. As the "war of information" between China and the US continues, there will probably be more Chinese framed as spies and jailed in the US. This is a tragedy of the times, and we hope the Chinese working in sensitive professions in the US can protect themselves.

The reference to a "war of information between China and the US" is interesting, particularly as the Chinese government has said time and time again that it does not engage in hacking or spying. But the editorial concedes that every country is involved in data collection from other countries:

Every country is gathering intelligence. The largest and most well-known information-collecting agencies are the CIA and FBI in the US. The FBI has even listed China as their top target. Recent years have seen the FBI arresting quite a few "Chinese spies," but most of them proved to be innocent. In the meantime, China has kept a low profile in reporting the exposure of US spies out of various considerations.

In most cases, governments won't acknowledge these spies after they have been caught. For example, whenever China intercepted spies from Western countries, the governments they served routinely denied any connection and even mobilized the Western media to attack China's human rights and win over sympathy.

The US is currently on something of a charm offensive, seeking to improve its relationship with China. President Obama is due to meet with Chinese President Xi Jinping next week to address "areas of disagreement" and find common ground on which to co-operate. But whatever political spin is used in front of the cameras, the Global Times' editorial seems to be saying what China really thinks while at the same time downplaying the county's capabilities in an apparent attempt to play the bullying card:

China lags behind the US in technology. The existence of US cyberspace military forces is openly known to the public, and its capability is way higher than Chinese "hackers". But it doesn't mean that China cannot fight back in the face of ill-founded US accusations of Chinese spies. China should uncover Washington's brazen hypocrisy with concrete evidence.