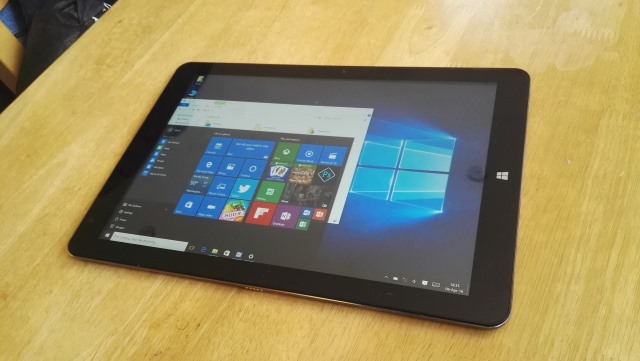 The number of convertible tablets vying to take on Microsoft's Surface Pro 4 is on the increase. Some are more than reasonable competition while others are little more than cheap knock-offs. The absurdly low price of the Chuwi Hi12 might fool you into thinking that this 12-inch Chinese tablet falls into the latter camp, but you'd be wrong.

Costing an unbelievably low $289.99 (neatly below the promised $300 threshold), the Hi12 is not strictly a direct competitor to the Surface range... it lacks the all-important kickstand. So we're off to a great start with price, and the looks are certainly not to be sniffed at either; it's not a million miles away from iPad territory. But while looks and price are important, it's what's on the inside -- and how it works -- that matters, and the Hi12 does not disappoint.

As you'd guess from the name -- and, indeed, my direct reference to its size -- the Hi12 is a 12-inch tablet. The 3:2 aspect ratio apes the look of an iPad as other features of the tablet do, but the capacitive Windows button is one of the things that reveals the truth. When in landscape mode, this button appears to the right of the screen, just as with modern Surfaces, and stereo speakers appear at the bottom of the unit. This does make for something of a lopsided experience when listening to audio in portrait mode, but the sound is of a decent quality.

The build quality of the Hi12 is generally high, and the all-metal body gives a high-quality feel. The same is true of the optional keyboard. Put the two together, however, and it's not such as happy tale. There is noticeable play in the hinge which, while not concerning enough to completely discourage use, certainly reduces the overall experience. In general usage, the play is not too noticeable -- unless you're typing on your knee and hitting the keys hard enough to cause wobble -- but when you open and close the lid, it's hard to ignore. This is a real shame because it means that the first and final few seconds with the device are disappointing even if the intervening time is perfect. 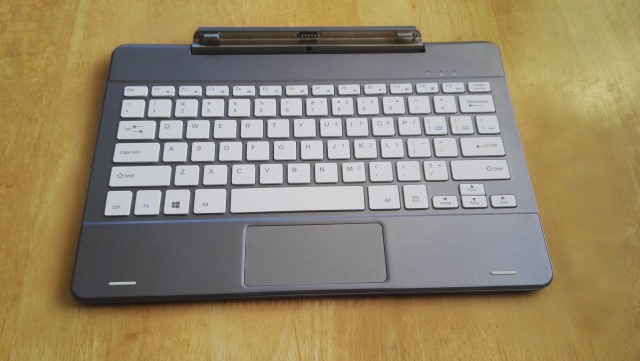 Like the Surface range, the keyboard (which adds 743g to the overall weight) snaps into place with the help of magnets. It's all pretty secure -- if you hold just the screen, the keyboard isn't going to fall off -- but there isn't the satisfying docking click that the Surface offers. The keyboard not only allows for easy typing by transforming the tablet into a laptop, it also adds a couple of extra USB ports. For a typing session -- even fairly extended one -- the keyboard is a pleasure to use, although backlighting would have been nice. The trackpad is fine, but the clicking action of the integrated left and right mouse buttons is far from perfect. There is something of a cheap feel to clicks that detracts from an otherwise decent piece of hardware. The trackpad is multi-touch friendly though, so you can avoid clicking altogether and just tap instead. 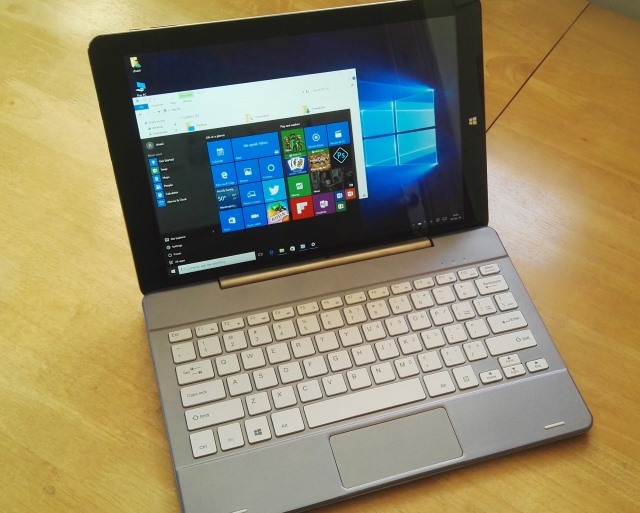 Chuwi claims a battery life of 6-8 hours, and (non-scientific) tests bear this out. This is a machine that could get you through the working day without scrabbling for a power socket every couple of hours. A big bonus is the fact that charging takes place via a microUSB port so you can share a cable with your phone, charge up in the car without the need for an inverter -- it's an all-round neat solution. The Atom processor here may not be a powerhouse, but that's not what the Hi12 is about. This is just about providing a perfectly capable device with above-average performance at a below-average price. On both counts it succeeds admirably. 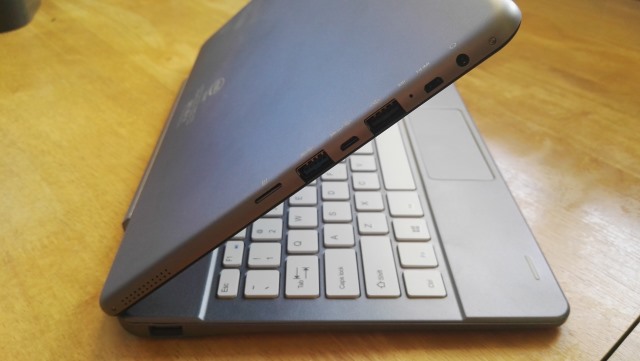 The screen is of an undeniably high standard, and while the brightness of 400 lumens is not best in class, it's certainly good enough for indoor and outdoor use without problems. There's also a pleasing lack of glare.

Here's a full breakdown of the specs:

Is there room for improvement? Sure. A bit more power would be nice, and the wobbly keyboard connection does feel like it lets the side down a little. It would be nice if the keyboard was included as standard, although this would clearly bump up the price, and the choice of going keyboardless is welcome. The keyboard would also benefit from sharing the same material as the Hi12 itself -- simply matching the color isn’t good enough. To be considered a true competitor to the Surface Pro 4 or iPad Pro, a stylus really is needed, but this is something that is just not available for the Hi12, sadly -- not a native peripheral, at least. 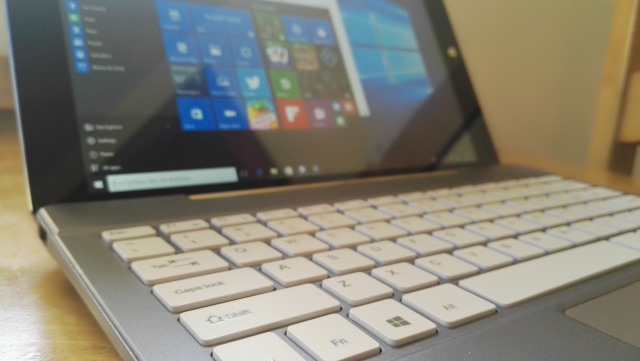 If you want to get your hands on the Chuwi Hi12, you can pick one up from Panda Will for just $289.99 -- and that includes free global shipping. A standard US two-pin plug is provided, so bear that in mind if you're in a different part of the world, although any compatible USB charger will do the job. If you like the idea of the keyboard cover, this will set you back a mere $57.99, also from Panda Will. As with the Hi12 itself, the keyboard is available in Champagne Gold or Space Gray (or just Gold and Grey as Panda Will refers to the hues). 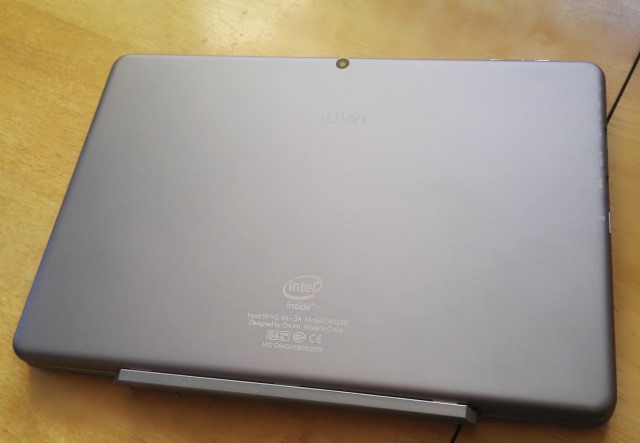 If you want to see what you get in the box, check out the unboxing video from Panda Will below:

We had previously -- based on information provided by Chuwi -- referred to the Hi12 as being a dual boot Windows 10 Home / Android 5.1 device. The review sample provided runs only Windows 10 Home, and it is not yet clear whether the Android option is a separate version of the Hi12 or if an update will bring the dual boot feature. We're waiting for clarification from Chuwi, but even if this is just a Windows 10 tablet, it's an incredibly competent and highly recommended one. Android would just be a bonus.