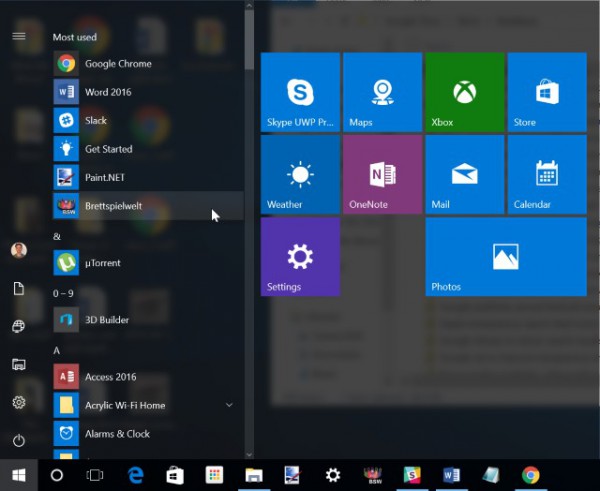 When Microsoft first introduced the idea of 'promoted apps' to the Windows 10 Start menu, it was decried by many as little more than pushing ads at users. If you found yourself among those upset by the appearance of links to apps you may have a vague interest in, things could be about to get a whole lot worse.

Later this summer Microsoft is releasing a major update to Windows 10 in the form of the Windows 10 Anniversary Update. In July the update will be released to the masses -- although Insiders have the chance to try it out in the meantime -- and Microsoft has plans for more ads; the number of spaces for 'promoted apps' in the Start menu is set to double from five to ten.

The revelation can be found in a series of slides from a PowerPoint presentation from Microsoft's WinHEC conference. In the presentation, Microsoft refers to the app ads as both "Promoted apps" and "Programmable Tiles", and says that the increase is designed to "introduce users and expose them to the Windows Store".

Of course increasing the number of slots occupied by promoted apps means that other entries in the Start menu have to be sacrificed. Microsoft says that the number of "static apps" that appear will decrease from 17 to 12. It's a move that's unlikely to go well, particularly considering how poorly received the lower number of promoted apps has been thus far. 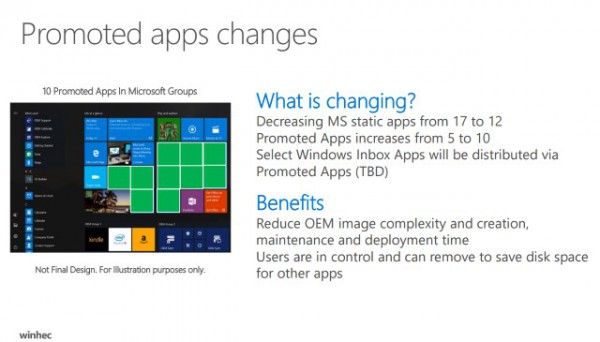 Microsoft says that "apps can be fully uninstalled" if users do not want them, and that "group policy can disable for commercial customers" -- although this is not an option that's going to be available to a lot of home users. The company also reveals that users around the world will see different apps depending on where they are ("Apps are selected for promotion on a per-geography basis"), and even goes as far as admitting that promoted apps effectively deceive users: "Appears to come with Windows but delivered via Store after OOBE" (out of box experience).

It's hard to imagine that these upcoming changes will be well-received, or seen as anything other than aggressive advertising. Microsoft will also face questions about how promoted apps are selected. Will it be a random selection of apps that are advertised? Perhaps tailored ads based on user data gathered over time? Or maybe developers will pay for ad space...