Apple is the new Nokia 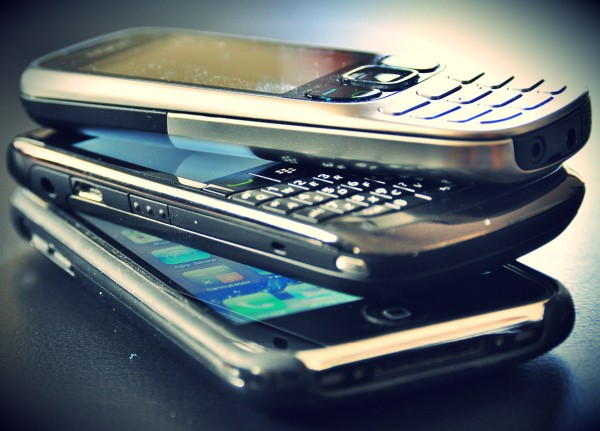 Washington Post reporter Hayley Tsukayama asks, following up on a commentary by software developer Marco Arment: "Is Apple really at the risk of becoming BlackBerry?". The answer absolutely is No. But the concept is right. The fruit-logo company's dire straight is much more profoundly catastrophic. The risk is becoming Nokia, and the path to that destination is already well-trodden.

Arment calls BlackBerry "king of smartphones", referring to its market position before Apple released iPhone nine years ago in June. The description is apt enough. "BlackBerry’s success came to an end not because RIM started releasing worse smartphones, but because the new job of the smartphone shifted almost entirely outside of their capabilities, and it was too late to catch up", he asserts. But smartphones were a niche category in 2007, so insignificant that analyst firms lumped the devices together with PDAs. iPhone's disruption was far, far greater—Nokia lost its perennial global handset lead; for many of the reasons Arment identifies. Nokia, and not BlackBerry, is the metaphor, and it is frighteningly foreshadowing.

Arment is "worried for Apple" as he sees Google and other tech innovators make big investments in artificial intelligence; meanwhile, iPhone's maker lags behind: "If the landscape shifts to prioritize those big-data AI services, Apple will find itself in a similar position as BlackBerry did almost a decade ago: what they’re able to do, despite being very good at it, won’t be enough anymore, and they won’t be able to catch up". I agree with the reasoning and said something similar about Apple three years ago.

In the 2013 revision to my ebook The Principles of Disruptive Design, I identity the trend already underway, focusing on the market's move from touch to touchless interaction. From the text:

The newest iPhones demonstrate that Apple, like Nokia during late-last decade, can’t break free from older design ethics. For the Finnish phone maker, the keyboard and its success selling feature phones, hobbled early efforts with touchscreens.

Apple’s 'finger first' design philosophy looks much the same in 2013 as 1984. The company is attached to touch, and why not? The iPhone is hugely successful built around touchscreen interaction. But the user motif is in the early stages of disruption. Apple’s decision to refine iPhone in late 2013 is a problem in the making for 2014 and beyond.

Fast-forward two years to the release of iPhone 6s and 6s Plus and Apple's continued touch obsession is all too apparent. Siri should be improved, and the underlying voice-response intelligence behind it. Instead, the bitten-fruit logo company gave customers 3D Touch. Apple's problem is one of design, with dual-meaning, and the most important being stuck on one user motif representing the past rather than embracing another that is the future.

The problem is risk. One of the many reasons Nokia—the company that invented the smartphone—didn't adapt is success. In 2007, the phone maker was the marketshare leader across the globe and in most geographies, with the United States being the notable exception. Apple's problem is similar. For example, with iPhone generating 65 percent of overall revenues during calendar Q1 2016—whopping 32.9 billion bucks out of $50.6 billion—the incentive is to keep the floodgates of cash flowing rather than to risk disrupting them with newfangled user-interaction design concepts.

More from my book:

Again from the book, which really warrants massive revision to be more current:

Stated differently: In what Apple refers to as the post-PC era, devices like smartphones are generally used contextually, providing something specific based on desire or need and location. Touchless interaction is more adaptable and meaningful motif for context than is touch.

Nokia was the marketshare and mindshare cellular handset leader when Apple cofounder Steve Jobs unveiled iPhone. Four years later, 2011, the Finnish phone company bled handset share and in desperation cut an exclusive licensing deal with Microsoft that proved even more disastrous. Today, Apple is smartphone profitshare and mindshare leader. The two companies' leadership positions are oh-so similar at their peaks of dominance and their obsessions with older design motifs and preserving what is rather than innovating what could be.

Sure Apple has Siri, but how good is it, really? Being quite generous, I see voice accuracy approaching 80 percent. Google Now is more like 98 percent, and that's without considering the AI-like enhancements promised during Big G's developer conference last week. Touchless interaction is first about voice but its broader evolution is intelligence: Anticipating what you need, when and where you want it—without even asking. That's the promise Google makes.

Apple's larger problem is this: Smartphone sales slow as saturation increases. Touchless interaction, and cloud services supporting it, promise to extend the value of what people already own and open new contextual revenue streams for companies like Amazon, Facebook, Google, or Microsoft, among others. During Apple's calendar first-quarter 2016 conference call, CEO Tim Cook emphasized the financial contribution of services, and that's promising. But Siri sucks still—sorry, Apple defenders.

Touch is the past that Apple fiercely clings to. Meanwhile, the primary focus is misplaced: Tim Cook's last stand is India, as he looks to recreate the success there his company had in China before smartphone sales slowed. Such irony! India was one of Nokia's primary markets, with 70-plus percent handset share,  during iPhone's early days.

Worldwide Developer Conference commences on June 13. We will see then whether from Cook's kitchen can come a fresh menu of choices or the same dishes smartphone buyers delighted in years ago but tire of in 2016 and beyond.

Arment is right to be "worried for Apple". But the risk is far greater than becoming BlackBerry. Nokia fell from far greater height and essentially death, following Microsoft's acquisition of the devices and services division two years ago. Remember: Nokia was the global handset leader before iPhone. Apple's prominence, particularly as the world's largest company based on market capitalization, is far greater and potential fall farther.

Apple is the new Nokia. But the fruit-logo company isn't yet destined to the same fate. The platform direction laid out during WWDC will either be the canary falling dead in the coal mine or robin singing the new morning of glory.

61 Responses to Apple is the new Nokia