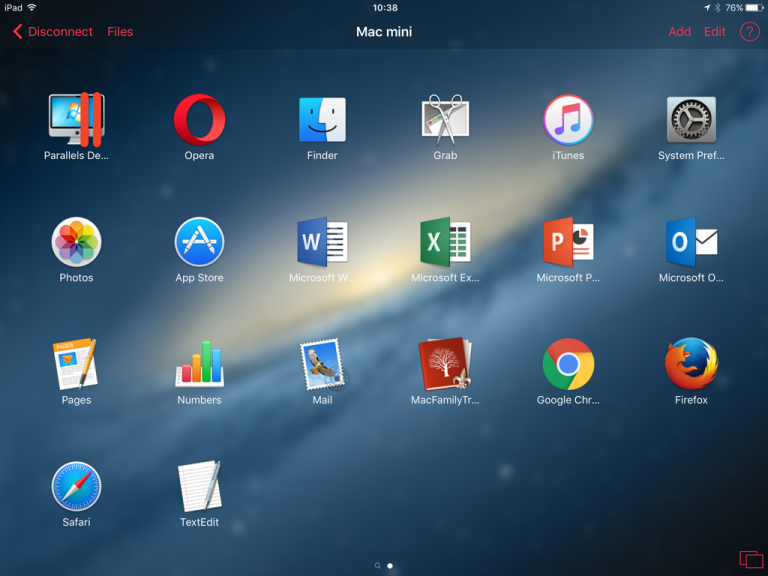 Parallels has released Parallels Access 3.1 for iOS and Android, a major update to its subscription-based app that provides users with the ability to remotely access and control Windows PCs and Macs.

The app, which allows users to control their computers remotely through their mobile device, adds support for the latest Apple devices and improves the way it interacts with Windows 10 PCs via added support for Tablet Mode and gestures. Game Mode has also been improved on the iOS app.

Parallels Access 3.1’s focus is very much on widening support to incorporate the latest technologies. First, there’s the implementation of 3D Touch support on the iPhone 6s and iPhone 6s Plus, with users now able to press the screen to drag-and-drop or right-click.

iOS users gain one new feature: support for folders on the App Launcher, which can be added via the Files manager. There’s also support for cursor movement using the on-screen keyboard as a trackpad -- this feature requires iOS 9 or later.

Gamers will be pleased to see they can now shoot in games simply by touching the screen, while support for function keys and other similar keys (such as PgUp and PgDn) has also been added to Game Mode.

Both iOS and Android versions also add support for Windows 10’s Tablet Mode, while the OS’s gestures are now better supported too.

Another improvement can be found with screen-switching behavior, which sits alongside other bug fixes and performance improvements.

Parallels Access 3.1 for iOS is available now for iPhone, iPad and iPod touch running iOS 8.0 or later. Parallels Access 3.1 for Android requires Android 4.0.3 or later. Both versions are available free to those with current subscriptions -- other users can install them on a 7-day trial before choosing an annual subscription plan – $19.95 for unlimited mobile devices and up to five computers.