The problem with analytics 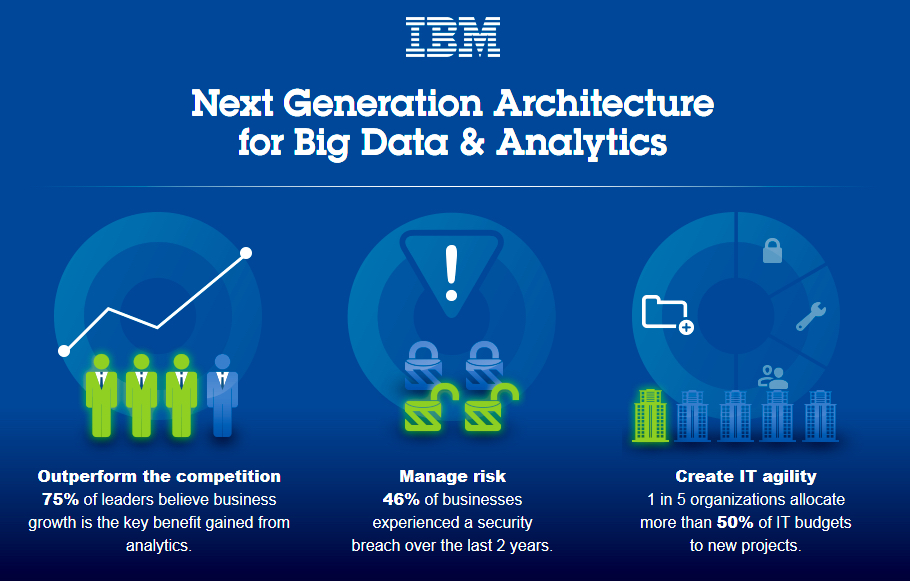 There is a difference between knowledge and understanding. Knowledge typically comes down to knowing facts while understanding is the application of knowledge to the mastery of systems. You can know a lot while understanding very little. Just as an example, IBM’s Watson artificial intelligence system that defeated the TV Jeopardy champs a few years ago knew all there was to know about Jeopardy questions but didn’t really understand anything. Ask Watson to apply to removing your appendix its knowledge of hundreds of medical questions and you’d be disappointed and probably dead. That’s the problem with most analytics, which is why it can be a hard sell.

The answer to this problem, we’re told, is not just machine learning but Deep Machine Learning, the difference between the two being that plain old machine learning is a statistical process that could be (and used to be) replicated by hand, while the deeper variety looks several generations deep in a longitudinal analysis that quickly grows too big for mere mortals to comprehend. Deep machine learning will, theoretically, find all the interconnections and dependencies that until now we’ve had to rely on domain experts to provide, yet even then it can only happen if you happen to be gathering the right data.

With regular machine learning, when IBM talks about Watson looking inside your business and finding answers, well that can only really happen if a few PhDs are attached to the software. But with deep machine learning the idea is that the machine can do it all. No PhDs required, which would be quite a breakthrough. And so all the big companies fighting over the future of IT are building new circuits -- hardware -- for deep machine learning. Google and IBM have made recent announcements about theirs. Microsoft told me a couple weeks ago that they have similar hardware working in their lab. It’s a space race.

And it’s also at least five years from being real on any commercial scale.

Until deep machine learning is common and fast we’ll be stuck with more mundane analytics. So no, Watson isn’t going to be crunching your company numbers soon and spitting out the right answers or even the right questions to ask. We’re simply not there yet.

Which brings us to a curious thing happening at IBM. Not closing the I.M. Pei-designed lab in Somers, New York that was announced last week. That campus has been half-empty for years. Nor am I talking about the continuation of IBM’s brutal GTS layoffs, which reportedly killed another 14,000+ IBM jobs last week. What I am talking about here is the reorganization of IBM’s analytics business unit that was announced internally two weeks ago. You won’t find a news story about it… until now.

The analytics reorg labelled "One Team, One Platform" wasn’t technically a Resource Action (forced layoff). It was explained as a streamlining of business processes to improve efficiency. Citing similar moves at Google, IBM’s analytics group would no longer have employees working from home and the number of official analytics office locations worldwide would decrease from 200 to 30. People will soon be working and meeting physically together, some of them for the first time. This is good, right?

Yet the reorg is wildly unpopular within the ranks for one important reason: If for some reason affected IBMers need to keep working from home or they can’t or won’t move to their designated IBM office location, well then they are deciding to quit in the view of IBM, which means they are out of the company with no severance -- no package.

Analytics general manager Rob Thomas, who announced the reorg, has been uniformly described to me by IBMers from that division as "an idiot", which may be some internal IBM technical term, I don’t know.

The reorg, which tellingly requires some orthodox Jewish IBMers working in Israel to reverse history and relocate to either Germany or Poland, will inevitably result in a significant reduction in head count yet not have to be accounted for as one. These are stealth layoffs.

Remember that the future of IBM is supposed to be all about CAMSS (cloud, analytics, mobile, security, social) and analytics is the A in CAMSS. In one moment IBM says analytics is strategic, that they are investing and hiring in the area, yet at the same time the company is taking actions that will inevitably lead to the loss of at least some employees who are vital to the unit.

It’s the blindness of this reorg that amazes me. Heads will go no matter what, but in this case the specific heads won’t be decided by the company but by the workers, themselves. The best workers will be the most employable and therefore the quickest to go. If analytics is so strategic how can IBM allow that to happen?

I believe I know what’s happening here. Years of layoffs and unfilled positions at IBM mean that pretty much everyone remaining who isn’t in management is already very good at their jobs. There is no more fat to cut. So why not leave it up to the employees, themselves, especially if the gambit will result in very low separation expenses?

It is unlikely that any of the IBMers who are lost in this reorg will be replaced. Rather, as has become the norm at IBM in recent years, those who are left will be expected to pick up the slack.

Yes, but what about CAMSS? What about analytics being so strategic to the future of IBM?

This morning I took a quick look at IBM‘s 1Q16 statement. It was interesting what was stated, how it was stated, and what was not stated. They signed $4.2 billion in Analytics and $2.6 billion in Cloud business. The rest of CAMSS was puny. If Analytics is doing better than the rest, why mess with it? How many billions have they spent to make $11 billion a year on cloud?

IBM has mostly reported revenue. Part of the company’s sales culture, it is what you sign in deals that matters. But how much profit is each division making? That is how most companies are managed. IBM‘s big money maker is services and that is losing business. IBM wants to keep Wall Street off the scent and keeping reported earnings up is critical. So they’re cutting deep with no severance. This is all about buying time until the new business gains traction. However if the new business doesn’t make as much profit, that is going to be a big problem.

This is a very scary gamble for IBM.

What this analytics reorg means is that IBM can’t see a way to reach its near-term Wall Street product objectives without cutting heads in analytics. The division was built up in anticipation of certain sales and profit targets, those targets have not been reached, so IBM will cut expenses until the numbers look right. Forget that this reorg will actually result in less -- not more -- work being done. Forget that it makes even less likely IBM achieving its goals for analytics. Forget all of that.

What it means is the A in CAMSS has already failed. That’s my understanding.