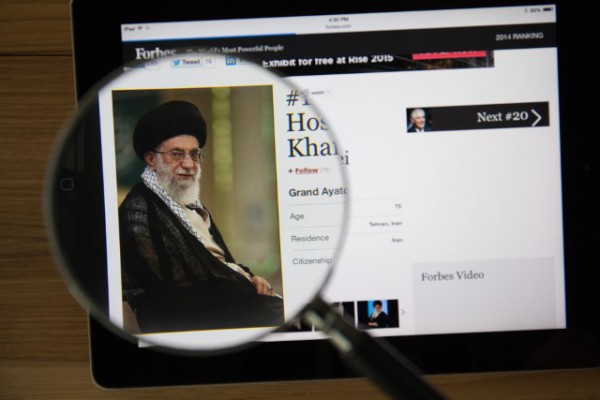 Privacy concerns have been voiced after Iran announced plans to force messaging apps and social media services to store all data about Iranian users on Iranian soil. It is common practice for user data to be stored in other counties, but the government in Iran continues to exert its authority over the internet.

Any company who wants to operate a message service in Iran has a year to comply with the data relocation requirement. With Iran already blocking access to the likes of Facebook and Twitter, privacy and security advocates have expressed worries about the implications of the new rules.

Iran's Supreme Council of Cyberspace said: "Foreign messaging companies active in the country are required to transfer all data and activity linked to Iranian citizens into the country in order to ensure their continued activity".

Muslim cleric and supreme leader of Iran Ayatollah Ali Khamenei personally selected members of the council implementing the rules, and has already used them to impose incredibly strict restrictions on internet usage in the country. Helping Iranians get around these limits, Edward Snowden's favorite messaging tool -- the encrypted Telegram service -- has built up a huge following in the country; around a quarter of the population is said to use it.

In forcing companies to move data storage within Iran's boundaries, users are concerned that the government will be able to monitor and interfere with messages. The Supreme Council of Cyberspace says that the rules are based on the "guidelines and concerns of the supreme leader". Khamenei's willingness to arrest journalists and individuals who express opposition to his rule has led to numerous accusations that he is supressing freedom of expression, and many see these new messaging rules as an extension of this.