Why SoftBank is paying $32 billion for ARM Holdings 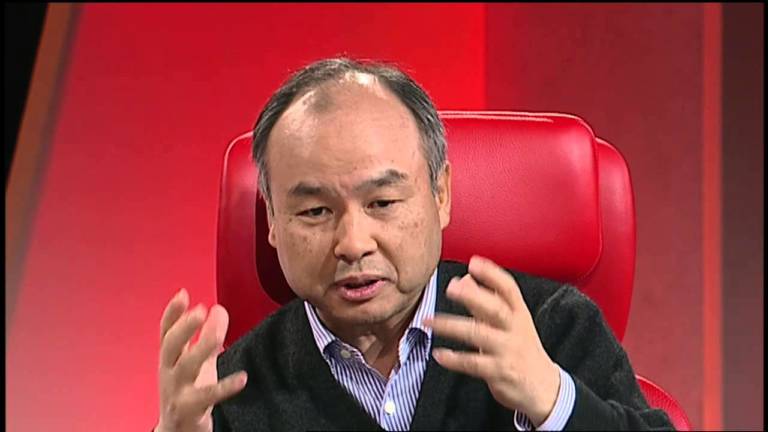 SoftBank is buying ARM Holdings for $32 billion. Why would a company not presently in the semiconductor business spend 32 times sales to enter a new industry? By traditional measures it makes little sense. But for SoftBank it makes perfect sense, because here’s a company that has spent more than 30 years making high-risk bets on entering new businesses by apparently over-paying for assets. It’s the way they’ve always done it and it has nearly always worked. In this case SoftBank is paying a 43 percent premium over the recent ARM share price because that’s how much money it took to overcome the resistance of ARM management. And it’s just a guess on my part, but I’d say those very ARM managers are, for the most part, doomed. SoftBank isn’t buying ARM because Masayoshi Son is so impressed with ARM’s success: SoftBank is buying ARM because of what it can become.

The only way SoftBank can justify paying such a high price for ARM is if Mr. Son is about to change ARM’s business model.

The world is filled with fabless semiconductor companies -- companies that design chips that are made in the factories of others. That such fabless companies exist is because it costs so darned much to build a fab -- a semiconductor factory. So Intel has a fab and AMD no longer does. TMC and TSMC in Taiwan have fabs but no other companies in that country do. Yet the very expense of starting a fab makes it important to keep the factory running at 100 percent capacity 24/7 which explains why fabless chip companies can nearly always find someone to build their products.

But ARM Holdings doesn’t sell chips, they sell chip designs used by others to build ARM-based mobile processors. ARM customers include Apple, Qualcomm and Samsung -- between them manufacturers of a majority of the processors used today in handheld devices of all types. These three companies use ARM technology to build the processors for hundreds of millions of devices each year worth hundreds of billions of dollars. And of the three, only Samsung owns a fab.

SoftBank covets the success of Apple, Qualcomm and Samsung. SoftBank covets even more the value of those companies -- value SoftBank sees as coming from ARM intellectual property. "Why should they get all the money?" thinks Mr. Son.

What if ARM Holdings turned itself into Qualcomm? It wouldn’t take that much to do so. Both companies design mobile chips. Neither company owns a fab. It can be argued that most of the DNA in Qualcomm chips comes from ARM, anyway. Yet Qualcomm’s market cap today is $81 billion and SoftBank just got ARM for $32 billion.

What if ARM Holdings turned itself into Intel? It wouldn’t take that much to do so. True, Intel has a fab but there appears to be more profit these days in going fabless. Intel’s most profitable products today are server processors and ARM has just finished its first designs for those. In addition to dominating mobile processors, ARM could become a significant maker of server processors, too. Yet Intel’s market cap today is $164 billion and SoftBank just got ARM for $32 billion.

If we want to put a measure on Mr. Son’s aspiration in buying ARM, take the average of the Qualcomm and Intel market caps, which is $122.5 billion. By abandoning ARM’s traditional model of licensing processor designs to other companies and becoming a fabless semiconductor company, itself, Mr. Son believes he can turn his $32 billion investment into $122.5 billion.

And he can do it. ARM-based chips are dominant in mobile processors and entering new markets all the time. All ARM has to do is make and sell its own chips, which requires only hiring a new sales force. The company can continue in its existing business while starting to compete with its old customers because those customers are trapped for the next 2-3 product cycles at least -- just long enough for ARM to steal their business.

Five years from now buying ARM Holdings for $32 billion will look like it was a steal. Apple should have done it. But then Apple doesn’t have Mr. Son’s killer instinct.