CCleaner 5.21 release fails to excite thanks to meager list of changes 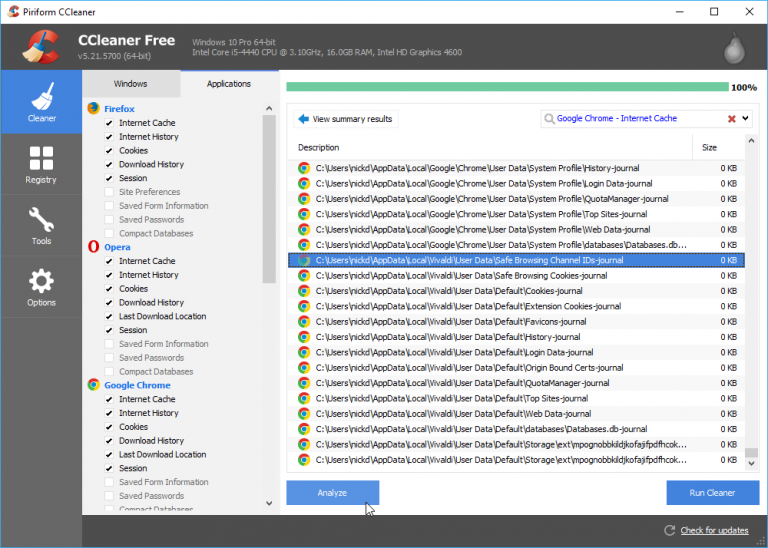 Piriform Software has released CCleaner 5.21 and CCleaner 5.21 Portable for Windows PCs. The app’s rate of development continues to slow, this release once again focusing on minor updates and improvements instead of introducing new app support or additional features.

The most notable changes are better cleaning of Chrome 52’s history and cache, and updates to its DOMStore cooking cleaning component, which is used by Internet Explorer.

Aside from an updated cleaning component for Xilisoft Video Converter users, the rest of CCleaner’s changes are concerned with improving its automatic update checker and crash reporting architecture.

The update is rounded off by the customary localization and language tweaks, plus unspecified minor GUI improvements and bug fixes.

The release follows on from CCleaner 5.20, another minor update that added support for the new Vivaldi browser (note, however, that Vivaldi doesn’t appear in the list of Apps to be cleaned -- it’s actually found under the Chrome section) while improving its cleaning of Chrome’s Download history and Firefox’s internet cache. It also improved its DPI awareness, strengthening its support for high DPI displays in the process.

The app’s slowing development should not detract from the fact it’s a highly capable and powerful cleaning tool for Windows, but there’s no doubt that the punishing monthly update schedule is no longer delivering the same number of noteworthy updates as before.

CCleaner 5.21 and CCleaner 5.21 Portable are available now as freeware downloads for PCs running Windows XP or later, while a trial of CCleaner Professional 5.21 is now also available. The Professional version offers additional features including real-time monitoring and complete system cleaning, and you can save 30% on its MSRP at the Downloadcrew Software Store, where it costs just $17.46.

9 Responses to CCleaner 5.21 release fails to excite thanks to meager list of changes