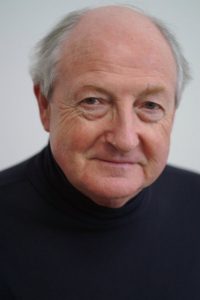 I wouldn’t normally be writing a column early on a Saturday but I just read that John Ellenby died and I think that’s really worth mentioning because Ellenby changed all our lives and especially mine.

If you don’t recognize his name, John Ellenby was a British computer engineer who came to Xerox PARC in the 1970s to manufacture the Xerox Alto, the first graphical workstation. He left Xerox in the late 1980s to found Grid Systems, makers of the Compass -- the first full-service laptop computer. In the 1990s he founded Agilis, which made arguably the first handheld mobile phone that wasn’t the size of a brick. Finally he set up a company in both New Zealand and San Francisco to do geographical mapping data before most of us even knew we needed it. The man pioneered four technology industry segments, putting him on the same level as Steve Jobs.

But where Steve Jobs was difficult and cranky, John Ellenby was elegant and funny. He could have been an even bigger success in business, I’m sure, but that might not have been quite as much fun. And John Ellenby was, above all, about fun.

One of the ideas I am broadly credited with is the analogy of a technology startup with a military invasion. It’s all in my book, Accidental Empires, about the commandos being followed by the infantry and then by the military police just as various cadres of developers and engineering types lead startups through similar stages of evolution. Well that whole idea for which I get a lot of chat group props was one John Ellenby and I developed during a lunch on University Avenue in Palo Alto. We worked the idea over like we were sitcom writers and by the time we were done it was ready for prime time and I’ll ever be grateful to John Ellenby for that. He helped me to be smarter and, I suspect, played that role for many others, too.

At heart John Ellenby was an engineer and a good one. I remember when Agilis introduced its handheld phone in 1991 or -92 it looked like any Nokia phone from 10 years later except it wasn’t 10 years later and I think we could argue that Nokia copied Agilis. The thing was a triumph of engineering for its time and a couple technical points really stood out for me. One was the phone had an Ethernet network running inside it to logically interconnect major components while keeping them otherwise isolated. I’m not sure that was the right decision but it was an interesting one in part because the Ethernet spec written by Bob Metcalfe didn’t allow for connections less than one meter long. How do you put a single Ethernet cable that size into a handheld device, much less several such cables? Ellenby emulated one meter of RG-58 coax, measuring its electrical characteristics then created a single interconnect component that was electrically identical to that piece of wire.

After Agilis, Ellenby moved to New Zealand and we stopped seeing each other regularly but I would reach out every couple of years to see how he was doing and we got together a few times for those wonderful lunches. He never changed.

Technology was interesting and fun but not to be taken too seriously according to Ellenby. At Xerox PARC, for example, the network naming service allowed users to name their machines (this was a first) so of course the machines acquired names like Gandalf and Frodo. Ellenby’s Alto was named Gzunda -- "because it gzunda the desk".

18 Responses to John Ellenby dies at 75