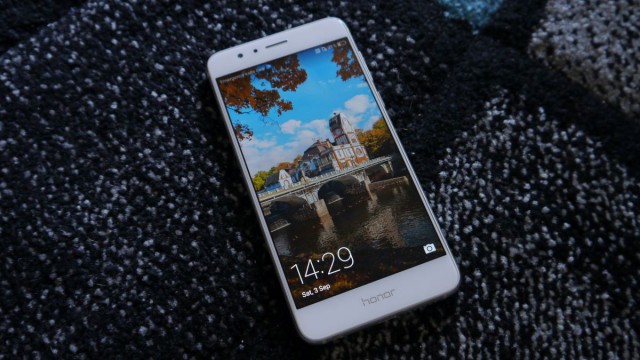 Two years ago, Huawei, one of the world’s largest mobile phone vendors, caused a surprise by unveiling a new brand called Honor which the parent company described as being a brand run by millennials for millennials.

Honor unveiled its latest flagship handset, the Honor 8, which is roughly equivalent to the Huawei P9 launched in April this year.

While Honor’s initial boost came because its handsets were generally seen as more affordable options compared to the big guns, the Honor 8 aims to change this with a much higher price tag and a commensurate improvement in hardware.

Both moves aim to cement Honor’s position in the market as a serious player with a clear objective: grab a bigger slice of the affordable-but-premium smartphone market and prevent others -- like Xiaomi and OnePlus -- from increasing their market share.

The Honor 8 opted an all-glass enclosure with rounded edges and uses a 3D prism effect encased in 15 layers of finished glass. According to Honor, the ergonomic, grooved shape makes for a smoother feel and a steadier group.

However, like most handsets with a glass back, this one slides effortlessly across any smooth surface and it landed on the floor a few times already, making a case or sleeve an essential purchase. Like all recent high-end smartphones, there’s a USB Type-C port on the bottom and that’s also where the speaker and the audio ports are located.

A fingerprint reader can be found at the back together with two 12-megapixel sensors which you sadly, can’t use to take 3D pictures or videos; there’s also an 8-megapixel front-facing camera.

Its 5.2-inch screen has a full HD resolution, offering as many pixels as most high end laptops. Add in a system-on-chip (built by Huawei’s own Hisilicon subsidiary) that has more cores (eight) and is clocked faster (2.3GHz) than processors in your mainstream laptop. Add in a 3,000mAh battery, 4GB of RAM (as much as most laptops) and 32GB onboard storage and you get the basics of a high end smartphone.

The phone supports two SIM cards simultaneously although only one of them is 4G compatible and you can only use one if you want to use the microSD card slot. Connectivity wise, you get the full whack thrown in: 802.11ac, USB, GPS, Glonass, Bluetooth 4.2 as well as NFC and even an IR blaster.

The Honor 8 runs on Android 6.0 Marshmallow with Honor having committed to delivering updates for the handset at least till 2018 (new features for the first 12 months, then security updates afterwards).  As expected, it adopted Huawei’s Emotion UI 4.1 which means that there is no app drawer and the extra customization involved in the skin means that performance will always be less. 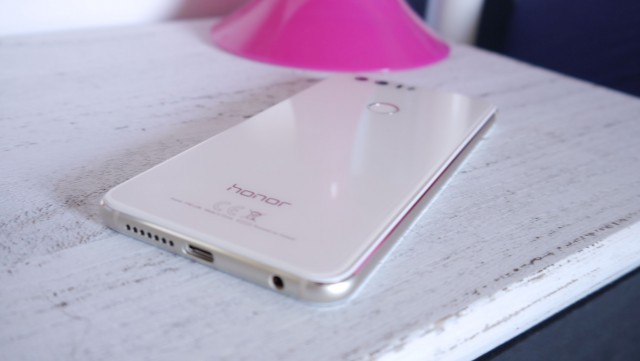 The display is -- as expected -- gorgeous, in line with other smartphones at the high end of the market. Colors were well rendered and readability in broad daylight very acceptable thanks to a 440nits brightness.

The cameras, all three of them, delivered more than adequate pictures. The camera app offers some manual controls and a flurry of useful and less useful features; note that the Honor 8 doesn’t take 4K videos.

The sound coming from the one speaker was average at best, we’d have preferred front facing ones. There’s also a number of applications (Uber, Facebook) that were preloaded that will save you time while others like Mirror are gimmicky.

The charger provided managed to fill up just over half of the battery in around 40 minutes, just make sure that you have an extra USB Type-C cable around, essential for your commutes.

The fingerprint reader with a 3D touch sensor was activated in a fraction of a second and can be configured to execute a number of tasks post-unlocking. 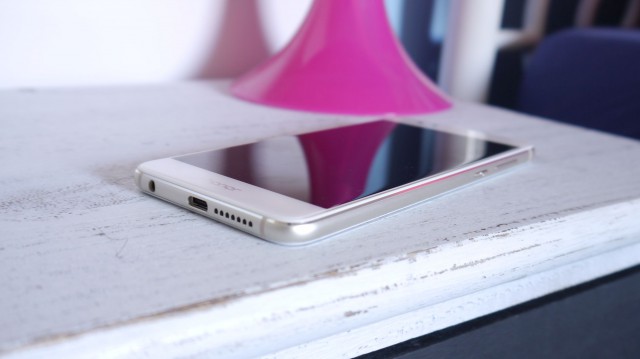 At £369 direct from the vendor, The Honor 8 makes as good a business smartphone as any other Android handset on the market with the notable exception of the BlackBerry Priv.

The latter now costs less than £400 which makes it a quasi-automatic first choice for enterprise buyers. And the competition at that price point is only heating up: other than BlackBerry’s flagship, there’s the iPhone 6 (currently sold with 128GB), the HTC One A9, the Samsung Galaxy S6 Edge as, lest not forget, Huawei’s very own P9.

Then, there’s the OnePlus 3, produced by OnePlus which is rumored to be a wholly owned subsidiary of arch rival OPPO. It sports a Snapdragon 820 SoC, 6GB of RAM, 64GB storage, a fast charger, a metal body and an AMOLED display, all for less than £330.

To Honor’s credit, the phone comes with a two-year warranty with a free support line in the UK. Ultimately though, the Honor 8 is a tad too expensive for what it offers bearing in mind that rivals are not staying put.

There’s no salient features that would, like Priv’s slide out keyboard, make it a stand out product, at least for businesses.

4 Responses to Huawei Honor 8: Good Android smartphone that fails to stand out [Review]