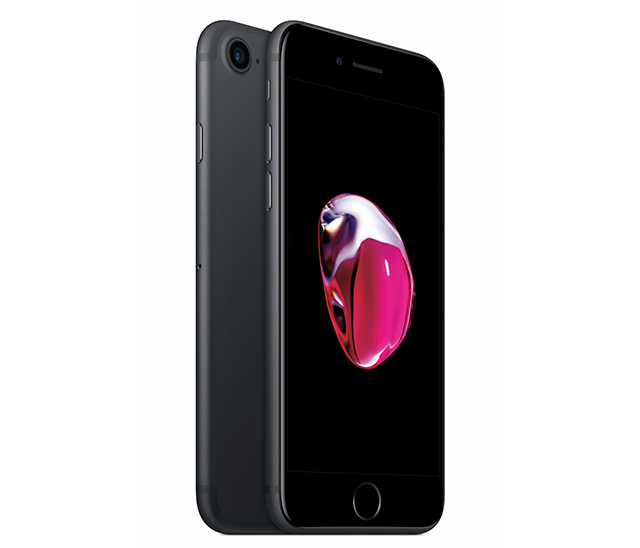 Today Apple unveiled, at long last, the iPhone 7 and iPhone 7 Plus complete with a new quad-core A10 Fusion chip and iOS 10. Rumors have been circulating for some time about just what we could expect to see from the company's latest additions to the iPhone family, and many of them have turned out to be true. While much has been added, this years' model is also about taking away.

When it comes to storage, the 16GB is now a thing of the past -- 32GB, 128GB and 256GB models are your new options. As expected, also consigned to history is the traditional headphone socket, although there is a bundled 3.5mm to Lightning headphone adaptor for those who want to stick with their own earpieces rather than the bundled Lightning EarPods (which use Apple's proprietary Lightning technology). Destined to the technology trashcan as well is the clickable Home button, replaced by a touch-sensitive button with haptic feedback.

Apple has also focused on the iPhone camera this time around. As is becoming increasingly common, there are two cameras on the rear of the Plus model, both 12MP -- one telephoto and one wide angle lens, producing an effective 2x optical zoom feature, all the way up to 10x with digital help. The iPhone 7 makes do with a single 12MP camera, which features an f/1.8 lens and optical image stabilization.

There are now four LED flash bulbs (half warm, half cool), and the ambient light sensors have been boosted to improve low-light photography. On the front, there is a 7MP FaceTime camera. While there is still a camera bump to be found on the rear of the handsets, aesthetes will be pleased to learn that the visible antenna bands have become far less intrusive thanks to a redesign.

The range of colors changes too. There are now no fewer than five to choose from: Silver, Gold, Rose Gold, Black and Jet Black. Space Gray is now a thing of the past. Speakers -- yes, there are two of them now -- 100 percent louder than before. Apple has also tackled the problem of wireless sound with AirPods ($159) which only play sound when inserted in the ear, and feature a built-in microphone. The earphones provide up to 5 hours of listening, while the charging case boosts this to 24 hours.

The A10 Fusion chip is 120 times faster than the original iPhone -- and 50 percent faster than the A9. The cores work in different ways, some delivering better performance, some offering better battery efficiency. Apple says this is the most powerful chip ever in a smartphone and offers console-level gaming.

Borrowing from the iPad Pro, there's True Tone technology and the fact that the headphone jack and clickable home button have gone has helped to earned the iPhone 7 an IP67 waterproofing rating. The home button is also customizable -- comparable with the MacBook trackpad -- and incorporates the Taptic Engine API. It is believed that the iPhone 7 packs 2GB of RAM, while the Plus model has 3GB. The screen is 25 percent brighter than the previous generation of iPhone, and there's also more battery life than in any other iPhone -- on average, 2 hours more.