What you need to know about software-defined networking 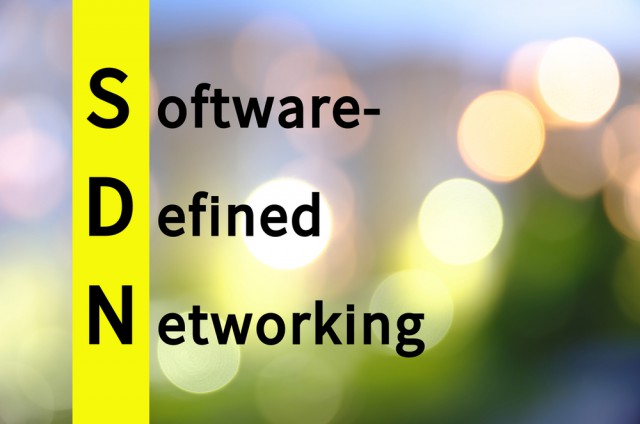 As more and more systems move to the cloud, so we’re becoming increasingly used to accessing all systems on an as-a-service model. Networking is no exception to this and by using software-defined networking businesses can break away from the restrictions imposed by old, inflexible static network architecture.

SDN allows companies to master the complex nature of their networks and have a single point of control. At the same time it opens up the possibility of automating network management to allow it to cope with fluctuations in traffic and demand.

The idea of software-defined networking isn’t new, it goes back to Sun Microsystems’ launch of Java in the mid 1990s. AT&T Labs project GeoPlex was designed as a service platform to manage online services and networks. It was effectively a "soft switch" that was able to reconfigure network traffic and balance the workload to deliver services.

In 1998, a former Sun Microsystems engineer launched WebSprocket with the aim of producing an object oriented network operating system. This led to the launch of VMFoundry and VMServer in 2000 allowing the creation of custom services which could then be deployed over a network. The following year a partnership between WebSprocket and Ericsson led to the production of the first commercially available soft switch, though this proved to be short lived.

Work continued elsewhere, however, and in 2011 the Open Networking Foundation was formed to promote the use of SDN and in particular a standardized communications interface protocol known as OpenFlow.

SDN is intended to provide businesses with a stable but adaptable architecture to cope with the complexity of systems that are a mix of in-house and cloud. It does this by separating network control and forwarding functions from the underlying network infrastructure. This allows network control to become programmable and be handled entirely from software.

This allows for greater agility as control is separate from forwarding so administrators are able to dynamically adjust traffic flow across the network to meet changing needs. This of course means that the network can be centrally managed, administrators can have an overview of the performance of the SDN network and see which applications are generating the most traffic.

When implemented through the OpenFlow protocol SDN is vendor neutral and standards-based. This not only makes network design simpler, but because there’s no need to deal with vendor-specific device protocols resource allocations can be changed quickly via automated SDN programs that can be written in-house.

Business traffic patterns have changed dramatically in recent years as more systems have moved to the cloud and demand has grown for systems to be accessed from mobile devices. So while traditional tree structures of Ethernet switches made sense when systems operated on a simple client-server basis, what is now needed is something that offers more flexibility.

The most obvious attraction of SDN is in providing ease of access to public and private cloud services. Businesses want to be able to access these services easily and be able to select where and how they do so. SDN opens up the potential for self-service provisioning of networks which allows for faster and simpler scaling of resources to meet changes in demand.

IT is also becoming increasingly consumer led. Employees want to use familiar devices like smartphones and tablets -- whether BYOD or supplied by the company -- to access corporate networks and data. SDN allows IT departments to give these devices access while maintaining the required standards of security and compliance.

Handling big data is another area where SDN can make a big difference. Coping with large volumes of information means access to multiple servers or virtual machines to perform parallel processing. This would require a huge investment in conventional networking where SDN can deliver the required links more quickly and at lower cost.

So far we’ve talked mainly about software-defined networking in terms of business networks. But within these there are some other areas where SDN technology can be employed to good effect and we’re likely to see it extended in coming years.

Software-defined mobile networking (SDMN) for example sees the design and protocols of mobile networks controlled by software. This will allow service providers to offer a network at lower cost using commodity hardware.

Software definition for wide area networks (SD-WAN) applies the same principles to businesses that need to link between sites. The big advantage here is that it can reduce costs by cutting the use of expensive leased lines and instead managing the network using internet connections.

SDN is open source, so naturally it throws up some worries surrounding how easy it would be for a hacker to access and disrupt the network. But while these worries are legitimate, in some ways SDN is easier to defend, things like moving target defence for example are easier to implement thanks to centralised control. OpenFlow rules also make it more straightforward to apply monitoring technology.

There are control concerns too. Because SDN provides a single point of management over the network it needs to be in the hands of trustworthy individuals who know what they’re doing. A mistake in configuration could have a major impact on the network.

While SDN is often cited as helping with transition to the cloud, it’s important to remember that the cloud itself is still a relatively new technology. Companies need to take care not to become overwhelmed by trying to deploy too much technological change at once.

Other major suppliers including IBM and Citrix are also selling their own SDN solutions. Most SDN suppliers provide support for OpenFlow protocols which is an important feature for future proofing installations.

As we turned more to the cloud and to mobile and virtualized systems, the use of SDN is likely to become more and more common. It will become a key feature in moving away from older rigid LAN and WAN systems. Although still at a relatively early stage in its development SDN is set to be a crucial element of business systems in the future.