What you need to know about Internet of things 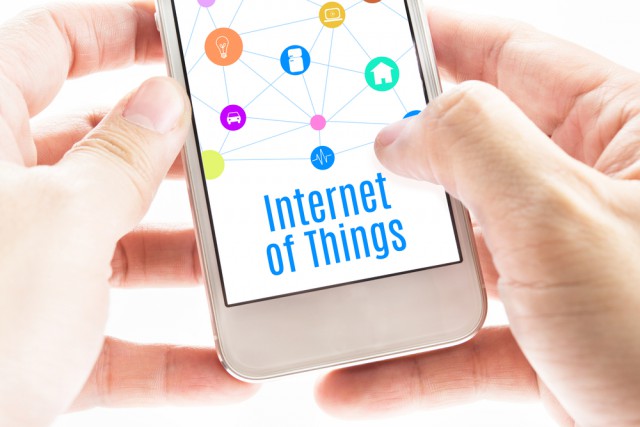 The Internet of things is predicted to revolutionize the way in which we live our lives, with many industry experts tipping it to have the biggest technological impact since cloud computing.

The reason behind such a bold claim is that IoT devices have the potential to be more pervasive than any other form of technology. By embedding Internet connectivity into everyday objects we can open every facet of our lives to technological innovation. In truth, it is impossible to say with certainty what the future impacts of this will be, and there are just as many Internet of things doomsayers as there are enthusiasts.

The Present State of IoT

For all the talk of connected vehicles and Internet-enabled household appliances, the number of well-known IoT applications is relatively limited. This is perhaps to be expected for an industry that remains in its infancy, but that hasn’t stopped a number of early adopters from releasing IoT devices.

Examples include an Internet-connected tennis racquet that allows players to carry out detailed analysis of their game, smart labelling on retail goods and LED lights that can be controlled remotely using a smartphone. The promise of IoT ubiquity stems from the fact that the technology has potential uses across a broad spectrum of industries, including manufacturing, healthcare, retail, marketing, transport and many others.

However, perhaps the most well-known example of the Internet of things is the Google-owned Nest thermostat. Originally starting life as a means of controlling your home temperature remotely, Nest has now developed into a something with much broader scope and ambition. Following its $3.2 billion purchase by Google, Nest is now viewed as a means for the search engine firm to dominate the smart home market.

The Internet of things has many home applications, ranging from connected appliances to security and everything else in between. However, the race is on for companies to gain an early foothold in this market. A central hub, from which other home IoT devices can be controlled and maintained, is deemed essential. For Google, Nest Labs is a vital part of this IoT hub. Nest has already expanded its developer platform and opened an online shop -- emphasizing that it has moved away from being just a smart thermostat.

However, other industry heavyweights are also looking to stamp their mark on the home IoT industry. Apple is developing its own IoT system called HomeKit, Samsung has launched SmartThings and Microsoft has created a bespoke version of its operating system named Windows 10 IoT Core.

The reason why businesses are so keen to get their foot in the door early is that the Internet of things could lead to a hugely fragmented technological ecosystem. By creating the IoT platform or hub necessary for all these devices to interact with one another, companies can help prevent this fragmentation. More than that, however, they can help shape the future of the Internet of things and secure a dominant position within the market.

One of the major impacts that the Internet of Things will have on businesses is the ability to make better informed decisions. With more connected devices in the home and workplace, more data than ever before can be collected, stored and analyzed.

In turn, this means that organizations can generate better insights about their employees, customers, equipment, clients and competitors, meaning a more efficient use of their resources. Marketers will be able to create more targeted content, manufacturers will learn about potential faults in advance and healthcare professionals will get a clearer understanding of patient health.

The biggest impact that the Internet of things is likely to have, when implemented correctly, is efficiency. Rather than having to make decisions based on trial and error or having to conduct research, all the information you need should be readily available, sourced from the connected devices all around us.

However, as with any new technology, the Internet of things also promises to create some new challenges for many businesses.

Overall, however, businesses should not be put off by the challenges of IoT adoption. The Internet of things will surely play an increasingly prominent business role in the years to come and the organizations that manage and adapt to this disruptive technology are likely to thrive while others fall by the wayside.