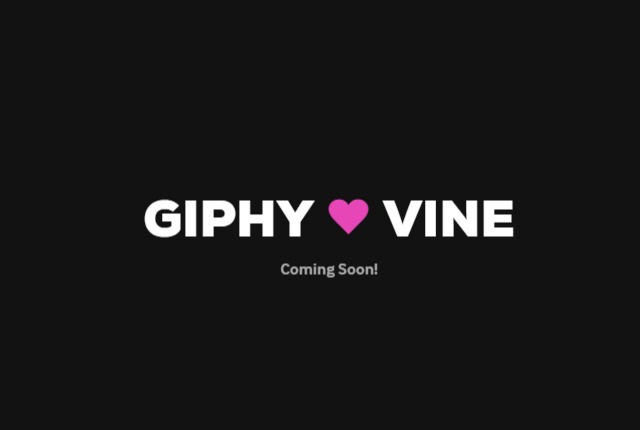 Twitter's decision to shut down Vine disappointed many people, but there was some reassurance that while it is not going to be possible to create any more Vines, existing ones will be saved on the website for the foreseeable future.

Recognizing the potential for things to change, GIPHY has announced that it is actively developing a tool that will make it possible to further safeguard the future of your favorite Vines. The animated GIF company is working on a tool that will convert Vines into GIFs. "Long live the loop!" exclaims the company.

Even though the conversion tool is not yet available, GIPHY is already getting very excited about its release. In a Medium post, the company says: "We love the loop and that’s why we’ve built an import tool for you to convert your Vines to GIFs!"

This makes it sound as though the tool has been made and is ready to go, but it's not. A special website has been set up which indicates that the converter is 'coming soon'. If you're a fan of Vines, you may have spotted one potential stumbling block here. Vines have (or can have) sound, while GIFs do not. Fear not! GIPHY says:

If you have a GIPHY account, you’ll be able to transfer over all of the Vines you've created with this new tool we just finished. For now, they'll be shareable on GIPHY as GIFs but we've got the videos for you, too (sound and all), in the source data we keep for each and every Vine-to-GIF.