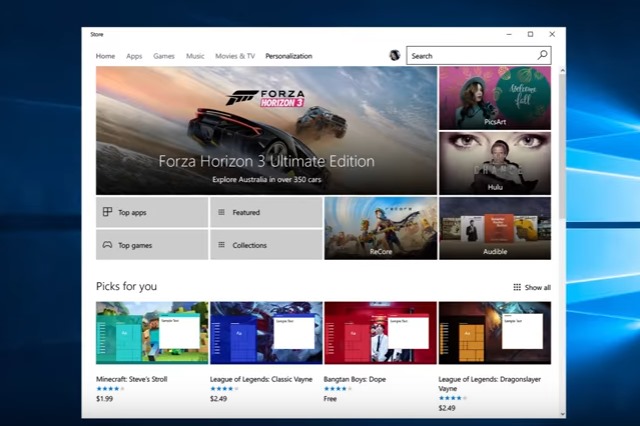 If you're the sort of person who likes to change the look of their desktop with themes, you had better start saving up ahead of the launch of Windows 10 Creators Update. We already know that Microsoft is using the next update to bring 3D tools such as Paint 3D to the masses, but it will also be used to make a bit of money.

A video showcasing what we can expect to see in Windows 10 Creators Update in early 2017 focuses mainly on the 3D side of things. But it also reveals that it will be possible to customize the look of Windows 10 using paid-for themes.

Pause the video during a segment in which a series of screen stills flash up, and you'll find a shot of the Windows Store -- the image at the top of the story. In the new Personalization section that is showed, we can see a number of themes available to download. So far, nothing new. But three of the four themes shown have a price tag attached to them -- from $1.99 to $2.49.

It's worth noting that the themes highlighted in the video all relate to franchises -- Minecraft, League of Legends, and Bangtan Boys. We don’t know if it is just official themes like this that will have to be paid for, or if anyone will be able to submit their themes to bring in a bit of money.

Check out the video for yourself below -- just jump straight to the 19 second mark: