Microsoft's Windows is one of the 'other' smartphone platforms, says Strategy Analytics 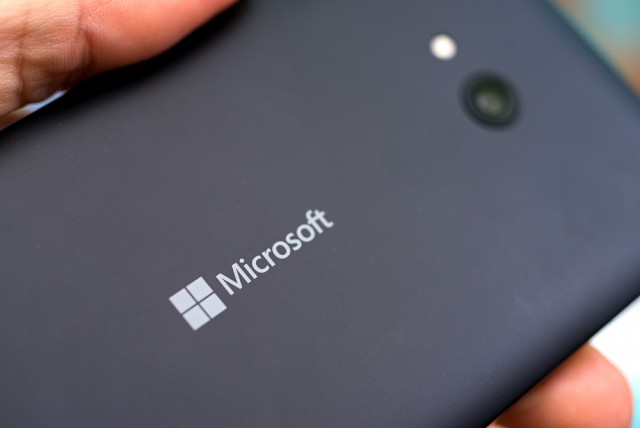 Windows does not seem to have a future in the smartphone market, as the vast majority of consumers opt for either Android or iPhone. It is a sad state of affairs, but there is little that Microsoft and its partners can do now to turn things around. Judging by the software giant's most-recent press events, it seems that it has stopped trying to compete.

And this is reflected in the latest quarterly figures from Strategy Analytics. The report, which analyzes smartphone shipments in Q3 2016, puts Windows under the "Others" category, a place reserved for the least-popular platforms that only a handful of consumers are invested in.

"BlackBerry and Microsoft Windows Phone have all but disappeared due to strategic shifts, while Tizen and other emerging platforms softened as a result of limited product portfolios and modest developer support", says Strategy Analytics executive director Neil Mawston.

Now, what did Windows have to do to get into the "Others" category? Well, it's simple. Its shipments are not considered large enough for it to be listed individually. The bar is not all that high even, as platforms other than Android and iOS have seen combined shipments of just 0.3 percent last quarter.

Out of the 375.4 million smartphones shipped in Q3 2016 only 1.3 million are counted under "Others". Android shipments reached 328.6 million units, giving it a market share of 87.5 percent, while Apple shipped 45.5 million iPhones, for a market share of 12.1 percent.

Android's market share increased from 84.1 percent in Q3 2015 while the iPhone's market share took a hit from the 13.6 percent claimed a year prior. And so did the "Others", which posted shipments of 8.2 million units in Q3 2015 and had a market share of 2.3 percent. 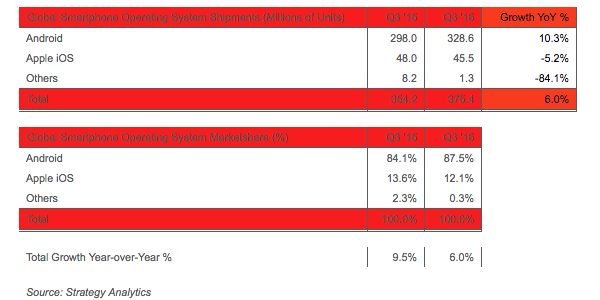 "Android’s leadership of the global smartphone market looks unassailable at the moment. Its low-cost services and user-friendly software remain attractive to hardware makers, operators and consumers worldwide", says Strategy Analytics director Woody Oh. "However, several challenges remain for Google. The Android platform is getting overcrowded with hundreds of manufacturers, few Android device vendors make profits, and Google’s new Pixel range is attacking its own hardware partners that made Android popular in the first place".

Put differently, nearly nine in 10 smartphones that shipped in Q3 2016 run Android. Meanwhile, the iPhone proved to be a tougher sell for consumers. However, we will have to see how the market evolves this quarter, when Apple's smartphones have traditionally been much stronger.

131 Responses to Microsoft's Windows is one of the 'other' smartphone platforms, says Strategy Analytics