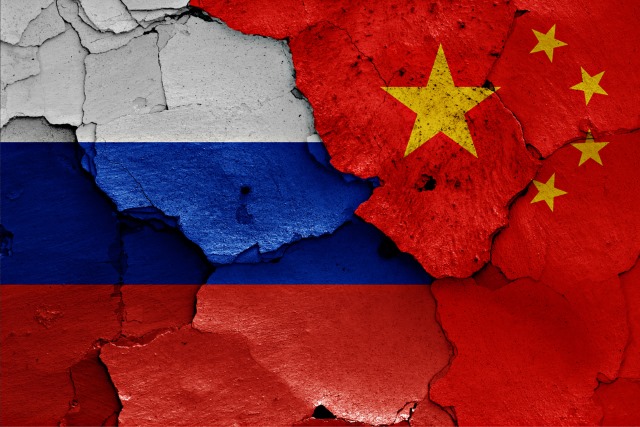 The Great Firewall of China is a famous tool of censorship and state control of the internet -- and Russia wants to throw up its own version of the web filtering system. Russia already operates the so-called 'red web' which is used to not only monitor what Russian citizens are up to online, but also implementing blocks and filters such as the recent ban on LinkedIn.

But now President Putin wants to step things up a notch. Russia and China have become close allies in recent years, particularly in the field of state control of the internet, and there are plans to roll out even greater controls over what web users are able to do and access online, ostensibly from fears of an uprising against the government.

Talks between China and Russia have been ongoing for a number of months now, and Russia has already launched its own version of the UK's draconian Snooper's Charter, forcing ISPs to store information about web usage for years. In addition to this, the country has a system in place that enables it to cut off access to the internet in 'times of crisis' if the need is felt to stop the flow of anti-government information.

In order to determine when it might want to step in and block internet traffic, the Russian government needs to be able to know what is going on online -- hence the web traffic laws, known as the 'Yarovaya law'. But as we have already seen in relation to the data collection carried out by the NSA and GCHQ, the amount of information gathered by such operations is colossal and near-impossible to manage -- which is precisely why Russia needs China's help.

The 'hidden' Chinese army of web police is well known, but it is backed up by a robust technology. It's a technology that Russia wants to use itself. China -- and Huawei in particular -- is able to help with the provision of the hardware and software needed to collect and manage the data Russia so desperately wants. You might wonder why the smartphone manufacturer would be involved, but high-level executives from the company have been drafted into meetings between China and Russia. As Gordon Chang, author of The Coming Collapse of China, says:

Huawei is essentially an arm of the Chinese state, whoever nominally owns it. Its origins are murky, its growth far too fast for a private company in China, state officials support its efforts, and the absence of competition from state enterprises is another important tell.

Russia's reliance on China comes about not only because of the existence of ready-to-use technology in the country, but also because its options for getting help from other countries are rather limited. But with countries around the world -- the US, the UK, Russia, China, and so on -- all eager to not only remain in control of what their citizens are up to online, but also how information flows around the globe, the internet could well end up being the setting for the next Cold War.

5 Responses to Cold War 2.0: Russia is borrowing the Great Firewall of China to implement greater state censorship and control