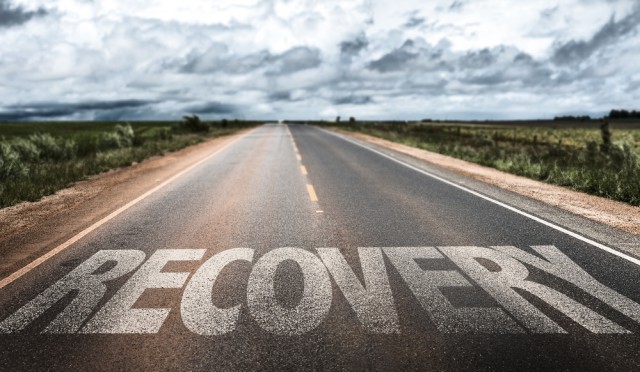 PC shipments will continue to decline in 2016, according to a new IDC forecast, but the drop will be slightly lower than previously expected. What's more, things will improve even more in 2017.

IDC expects PC vendors to ship a total of 258.2 million units this year, a figure which would be 6.4 percent lower than last year. The previous estimate was a 7.2 percent fall, which IDC announced in August. Growth will still be negative in 2017, but shipments are expected to decrease by just 2.6 percent compared to this year.

IDC believes that commercial shipments of notebooks will grow this year, while desktops should stay flat in terms of growth. The pressure from mobile devices is said to decrease as the markets mature. The tablet market in particular is not as big of a concern or threat as it sees declining shipments as well.

"The PC market continues to perform close to expectations", says IDC Worldwide Tracker Forecasting and PC research vice president Loren Loverde. "Some volatility in emerging regions is being offset by incremental gains in larger mature markets while the interaction with tablets and phones is stabilizing. We continue to see steady progression toward smaller desktops and notebooks as replacement buying helps stabilize overall shipments in the coming years".

Looking towards 2020, IDC claims that the market will still face a decline in terms of unit shipments, but only a small one at 0.8 percent. In 2020, PC vendors are expected to move 250 million units.

"Despite continued weakness in the consumer segment, the US PC market is showing some signs of stability in the near future with some sources of optimism for the long haul", says IDC Devices and Displays senior research analyst Neha Mahajan. "Backed by early Windows 10 transitions that are expected to boost commercial PC shipments in the next couple of years, and steady growth of PCaaS (PC as a Service) which should help shorten refresh cycles of commercial systems in the long-term, the overall US PC market sentiment certainly seems to be improving".

For a breakdown on PC shipments this year and in 2020, check out the table below. 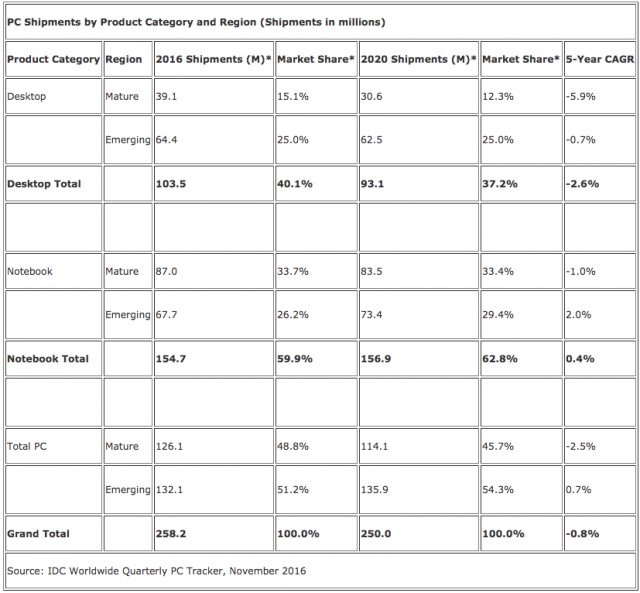