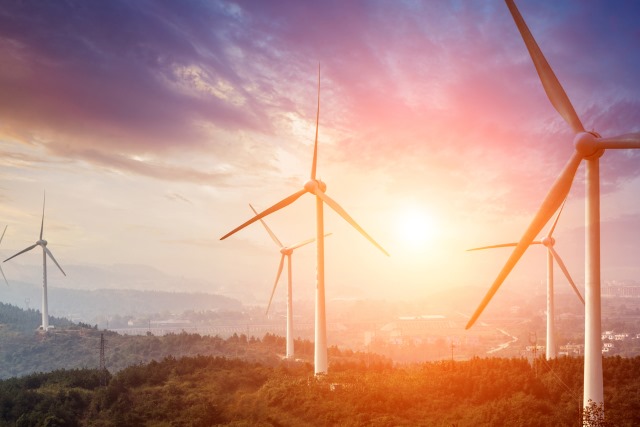 Big companies like to be seen to be doing their bit, particularly when it comes to the environment, and tech companies are no different. Google -- being one of the biggest companies in the world -- has huge energy requirements, and it's looking to help address the problem of climate change.

The company has already done a lot to increase the energy efficiency of its data centers, but in 2017 it is going further. It says that it will be fully powered by renewable energy from next year, and that includes both data centers and offices.

In terms of energy usage, Google has become something of a victim of its own success. Millions of YouTube video uploads and streams, along with trillions of web searches means massive consumption. This, coupled with the company's desire to be seen as environmentally friendly, means there has been a drive to try to improve efficiency and use more sustainable sources of power. For the cynical, Google admits that: "We began purchasing renewable energy to reduce our carbon footprint and address climate change -- but it also makes business sense".

I’m thrilled to announce that in 2017 Google will reach 100 percent renewable energy for our global operations -- including both our data centers and offices. We were one of the first corporations to create large-scale, long-term contracts to buy renewable energy directly; we signed our first agreement to purchase all the electricity from a 114-megawatt wind farm in Iowa, in 2010. Today, we are the world’s largest corporate buyer of renewable power, with commitments reaching 2.6 gigawatts (2,600 megawatts) of wind and solar energy.

While the claims for 100 percent renewable energy usage sounds great, it's not quite as simple as that. The infrastructure is not currently in place to allow Google to be powered by wind and solar energy, but the company is doing a little carbon offsetting. The cost of these type of energies have started to spiral downwards, so this is a common sense move for several reasons.

To reach this goal we'll be directly buying enough wind and solar electricity annually to account for every unit of electricity our operations consume, globally. And we're focusing on creating new energy from renewable sources, so we only buy from projects that are funded by our purchases.

Google will also be investing in other renewable energies, but wind and solar will be the main focus.