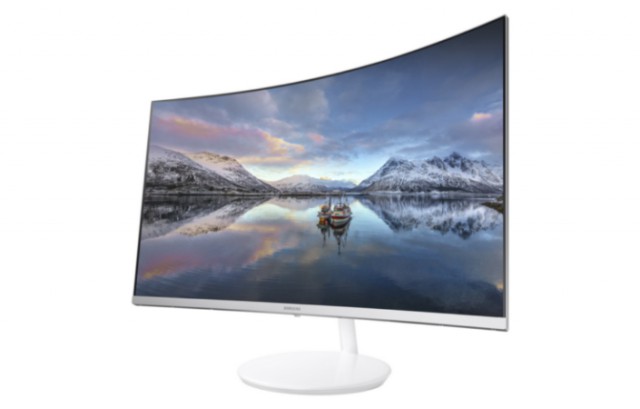 CES 2017 announcements have already started to pour in, as tech companies are trying to get our attention before the trade show kicks off early next month. Samsung is one of the latest players to reveal a new product, the CH711 Quantum Dot curved monitor.

The monitor is aimed at gamers and other demanding consumers, being offered in two sizes, 27-inch and 31.5-inch more exactly. There are some pretty interesting specifications, that should appeal to prospective buyers, and, quite likely, a pretty steep price involved as well.

The CH711 features a 178-degree viewing angle coupled with a 1,800R curvature. The curved design should make it more comfortable to use on a desk, considering the available size options. The resolution, which is 2,560 by 1,440, is adequate for a display of this size, but it is not particularly impressive in this day and age when we can already get 4K panels.

Samsung, however, promises that consumers will not be let down in terms of quality, saying that "the CH711 delivers vivid, visually stunning picture quality, regardless of the content being enjoyed". There is sRGB coverage of "nearly" 125 percent.

Samsung also adds that it features HDMI ports, but there are not many other details at this stage. There appears to only be a single color option, which is white. The CH711 will be released early in 2017, according to Samsung.