How criminals use Artificial Intelligence and Machine Learning

It has become common practice for attackers to use Artificial Intelligence (AI) and Machine Learning (ML) to link tools together so that they can be run in parallel when conducting an attack.

Attackers use AI and ML to take the results from one tool and then allow the other tools to "learn" about the finding and use it against other systems. As an example, if a one tool finds a password, that tool can feed the information to another tool or bot that may conduct the exploitation of one or many systems using the discovered password.

AI and ML allows for an attacker to program a toolset or bot to act like a "real" attacker. As an example, the tool or bot may launch a phishing attack against an organization and then take the results of the phishing tool and conduct other types of attacks just as a human would.

Attackers are building toolsets and bots that use AI and ML techniques to evade detection and blocking the methods already in place within most organizations. Many of these tools (typically open source) can be easily obtained from the Internet.  This gives anyone the ability to run the tools against target organizations.

In an article in Wired President Obama expressed his concerns about AI-enabled bots attacking nuclear weapon silos and causing a launch. This intimates that the threat of AI and ML enhanced attacks are a major concern even at the highest level of government. 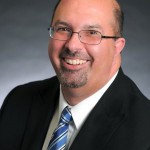 As the Chief Information Officer of Digital Defense, Tom DeSot is charged with developing and maintaining relationships with key industry and market regulators; functioning as the "face of DDI" through public speaking initiatives, identifying key integration and service partnerships, and serving as the prime regulatory compliance resource for external and internal contacts. Tom also serves as the company’s internal auditor on security-related matters.

One Response to How criminals use Artificial Intelligence and Machine Learning