A closer look at DevOps adoption in the enterprise 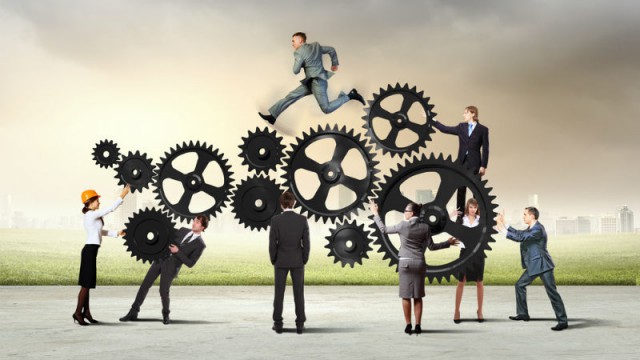 The speed of business today affects every part of the organization, and IT is no exception. That’s why traditional methods of developing and deploying software that split up the process into multiple teams and departments are being replaced by newer, more agile techniques such as DevOps. This removes silos to get people, process and tools working together to make the product delivery lifecycle faster and more predictive.

DevOps is fundamentally changing the IT landscape -- and that includes areas such as the database, which has often not been part of the traditional development model. New research that we recently carried out shows exactly how much of an impact it is having. Our global study of 1,000 organizations surveyed database professionals using SQL Server, ranging from C-level executives and IT directors/managers to database developers and administrators (DBAs). Half of them employed 500 people or more. The overall message was clear -- DevOps is becoming mainstream, and more and more people see the database as central to the process.

We uncovered five key findings from the research:

DevOps Is Becoming the Norm 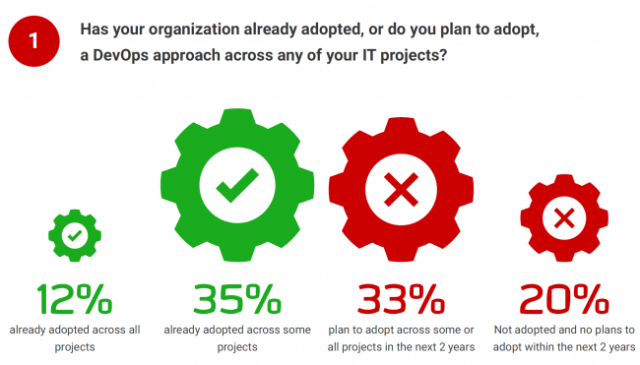 Eighty percent of respondents have either already adopted a DevOps approach (47 percent of people) or plan to over the next two years (33 percent). That left just 20 percent saying they weren’t planning to change to DevOps in the next two years. The bigger the company, the more likely the organization is to move to DevOps -- 59 percent of companies with over 1,000 employees had already switched to the methodology.

Potentially reflecting the competition in these markets, IT services and retail are leading the way when it comes to adoption, with over 50 percent using DevOps now. They were followed by finance and healthcare, while organizations in government, manufacturing, education and the not for profit sectors lagged behind with less than 40 percent of companies having moved to DevOps.

Skills Are the Greatest Challenge

The greatest obstacle to moving to a DevOps way of working was a perceived lack of appropriate skills (cited by 21 percent of respondents), ahead of a lack of alignment between the development and operations teams (20 percent). Only nine percent said that their executive leadership didn’t support the shift. However, for those not planning to adopt DevOps 35 percent of respondents said a lack of awareness of the business benefits was the greatest challenge.

When it came to integrating database changes into the DevOps process, consistency was top of the list of obstacles, with 32 percent believing that synchronizing application and database changes would be the biggest challenge, followed by overcoming different approaches to application and database development (25 percent). Nineteen percent said preserving and protecting business critical data would be an issue.

Companies Are Integrating Applications and Databases

The old picture of companies made up of silos of developers and database administrators that don’t work together is far from the truth. Fifty-eight percent of companies said the integration between the two was either good (38 percent) or great (20 percent), meaning teams work together on either a planned or ad hoc basis. Just 12 percent classed integration as poor, with DBAs working in silos.

Whether they had adopted DevOps or not, three quarters (75 percent) of companies had teams that included developers who were working across databases and applications, with just 25 percent having dedicated database developers. In 60 percent of companies developers were responsible for building database deployment scripts, compared to 35 percent of DBAs, although in the majority (52 percent) of organizations DBAs deployed database changes to production systems. 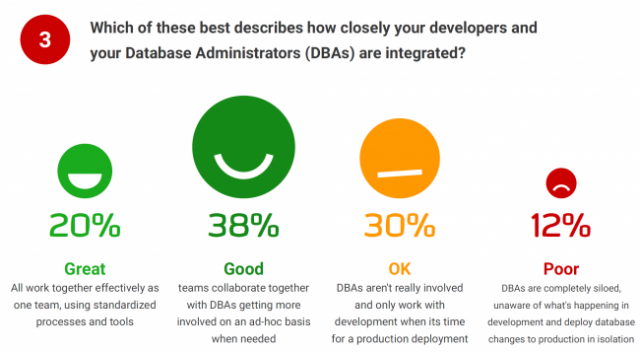 When asked what the major challenges were with traditional database deployment practices, over a quarter (26 percent) pointed to an increased risk of failed deployments or downtime when making changes. This was followed by slow development and deployment cycles and an inability to respond quickly to changing business requirements (both 18 percent). Sixteen percent cited poor visibility of the change management process as another issue. This shows the vital importance of fast, successful database changes and deployments to business today.

For companies with 5,001-10,000 employees slow development and release cycles were seen to be more of a drawback than application downtime, while for organizations with more than 10,000 employees, the inability to respond quickly to changing business requirements is deemed to be a slightly more significant downside.

With DevOps providing a way of overcoming these issues, no wonder it is gaining traction so quickly. Twenty-six percent said the main driver for adopting it would be to increase the speed of delivery, while 17 percent thought it would free up developers for more added value work. Comparing results from developers and DBAs did highlight some differences -- developers wanted to be able to focus on added value work, while DBAs saw it as a way of reducing application downtime and to improve collaboration.

Practices Are not Consistent Between the Database and Applications

Despite the levels of integration within organizations, there is still a gap between how companies operate and automate when it comes to applications and databases. For example, while 81 percent of respondents use version control with their applications, just 58 percent apply it to database development. Even amongst those who are most advanced with DevOps practices are not applied equally across both. While the majority of those who have adopted DevOps are doing issue tracking, continuous integration, test automation and automated deployment for their application code, only a fifth of respondents apply the same to their database development. Clearly, there is still more that can be done to bring the two together through common practices and use of third party tools.

As our survey shows, applying DevOps across both applications and databases speeds up software delivery, frees developers to do more value-added work and increases the rate at which database changes are delivered. At a time when IT organizations need to be operating in a faster, more seamless manner to help companies to thrive in more competitive markets, it is time for everyone involved to find out more about how introducing DevOps can transform how they operate. What’s stopping you exploring database DevOps?

Matt Hilbert is a technology writer at Redgate Software with 20 years’ experience working for lots of the world’s biggest tech companies and many of the smallest.