The buzzwords that will take 2017 by storm 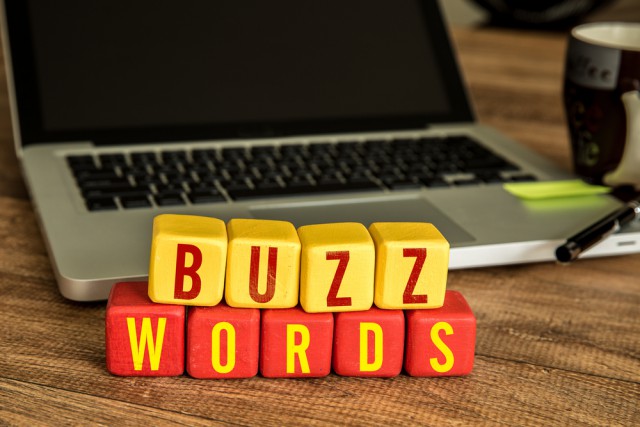 The technology industry is full of jargon and buzzwords, which, if you’re not in the club, can often feel like a foreign language. When it comes to communicating new technologies and processes to other parts of the business, IT professionals need to be careful when translating these buzzwords into human-speak if they want to avoid a confused, blank look. It’s this confusion that results in a data breach, shadow IT activity, or missing out on investment in new IT equipment.

Whether it’s to educate yourself or others, we’ve de-coded the buzzwords. Now the next time someone asks you "what the blockchain you’re on about," rather than giving them SaaS, you can breakdown the meaning, benefit, and importance.

Last year we had Hybrid IT, SDN, and Big Data. So, which buzzwords are set to take 2017 by storm?

A blockchain is a distributed database that maintains a continuously growing list of ordered records, or blocks. Once data is recorded into a block, it cannot be altered -- therefore, a blockchain is regarded as a verifiable and permanent ledger.

Blockchain technologies have been on the minds of financial institutions for a number of years, but in 2016, the technology expanded beyond the bounds of the financial industry. At a time when companies are finding it difficult to deal with data management and security, blockchain provides a seemingly perfect solution. Supply chain use cases, for example, are now being tested and implemented to ensure the safety, security, and integrity of the information associated with these processes.

Here, blockchain technology seems like the answer to many enterprises’ problems. With its ability to supposedly prove the integrity of documents, blockchain can be used for recording almost anything, from the transfer of goods, to the buying and selling of shares. Indeed, blockchain can allow businesses to inspire something that is now so difficult to grasp: trust.

This year, blockchain will gain steam as a buzzword and much more research will go into the technology and its functionality, although it’s unlikely there will be any effective new capabilities able to be readily implemented. However, 2018 will prove to be much more action-packed in terms of companies figuring out how to take advantage of data ledger technology to solve their data management issues.

SQL is used by database administrators to modify database tables and index structures by adding, updating, and deleting rows of data and gathering data to be used for analytics and transaction processing. SQL operations take the form of commands written as statements, which commonly contain add, insert, delete, alter, and update.

Just a few years ago, few projects were built on open source databases, as they were immature and fragmented. MySQL didn’t support transactions, for example. Most applications were built on Oracle, SQL Server, DB2, and others.

In the following years, MySQL evolved into a database engine powering many websites and commercial applications. In 2008, Sun Microsystems acquired MySQL AB, and Sun was in turn acquired by Oracle in 2010. The fear of Oracle owning MySQL resulted in a few derivatives, such as MariaDB and Percona.

Software as a Service (SaaS) is a software licensing and delivery model in which software is licensed on a subscription basis and centrally hosted. Beyond this, Function as a Service (FaaS) is a new cloud computing category that allows customers to develop, run, and manage application functionalities without the headache of architecting and overseeing the back-end infrastructure.

The service aims to reduce the barrier of consumption for programming languages by decoupling the platform architecture, allowing IT professionals to develop programs to perform specific tasks without the additional plumbing. The rise of a new chapter in cloud computing signals the continuing maturity of the cloud market from its roots as infrastructure as a service, to PaaS, SaaS, FaaS, and beyond.

This year, more specialized services, such as FaaS, will continue to proliferate, given the targeted efficiency that leads to both a better experience and an improved pricing structure. The ability to run nearly any type of application or function, with zero infrastructure administration on the IT professional’s behalf, is tremendously appealing.

Nope, we are not talking about Tupperware for your packed lunch. Many early adopters of containers think that they can be replacements for virtual machines; however, this is not the case. A container consists of an entire runtime environment (a configuration of hardware and software) -- an application, its dependencies, libraries, and other binaries, and configuration files needed to run it -- bundled into one package designed for lightweight, short-term use. When implemented correctly, containers enable much more agile and portable software development environments.

In fact, containers from the likes of Google, Docker, CoreOS, and Joyent continue to be a key area of discussion in the cloud computing space. In the past year, organizations across all major industries, from finance to e-commerce, took notice of containers as an exciting new method of operating system virtualization (the operating system slows the existence of multiple isolated user-space instances). However, this broader industry awareness led to a wave of rapid adoption without a fundamental understanding of the differences between containers and virtual machines.

Container is expected to become an even bigger buzzword of 2017, and we will see IT teams gain a greater understanding of the how container technology can realistically be used for IT operations alongside virtual infrastructure. The proliferation of containers as a computing strategy within IT departments will simultaneously give rise to greater security concerns and the need for IT professionals that are skilled in specific coding languages related to containerization.

2 Responses to The buzzwords that will take 2017 by storm