Sunvell T95X TV box: a web-focused, cloud-based client for those on a budget [Review] 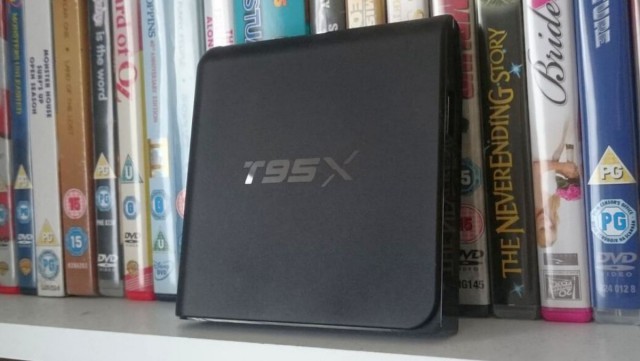 Businesses often envision the modern desktop computer as being a boring piece of kit, one that not only costs a lot of money but also doesn’t offer much in terms of innovation.

The reality is slightly different; between dongle PCs, mini and micro PCs as well as all-in-ones, there’s plenty of innovation around if you know where to look.

However, the biggest shift in computing in recent times, the move from Windows to Android, has yet to be replicated on the desktop where Microsoft’s operating system still rules the roosts.

There are exceptions though and the Sunvell T95X is one of them; this is a palm-sized Android box (commonly known as TV box) with Kodi 16.1 loaded on it and the fact that it comes with a remote control leaves no doubt as to what its primary audience is destined to be.

Our interest though stems from the fact that it is, at the time of writing, the cheapest Android TV box on the market to sport Android 6.0 and 2GB of RAM making it the ideal candidate for businesses looking to roll out cloud-based thin clients en masse for their workforce or their end users. 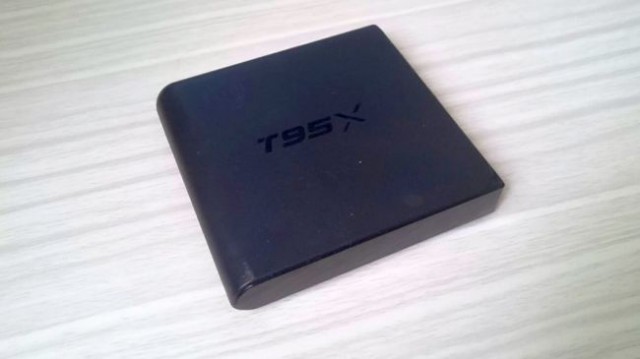 The box is tiny, measuring 93 x 93 x 17mm for a weight of 76g. The two-pin power supply unit bumps the total weight to 144g and you may need to add a HDMI cord, a universal plug adaptor and a keyboard/mouse to make it truly transportable (i.e. usable almost anywhere).

It is made out of plastic but feels solid and other than the four rubber feet, air vents to help with the cooling and the T95X logotype etched on top, there’s not much that sets it apart from the competition at this end of the market. Functional without being innovative.

There’s no power button which is disconcerting (you will have to switch it off by removing the power plug). The connectors are located on two sides: there’s two USB ones (v2.0), one HDMI port (v2.0 which can push 4K content), a 100Mbps Ethernet port, a microSD card slot and an audio socket. 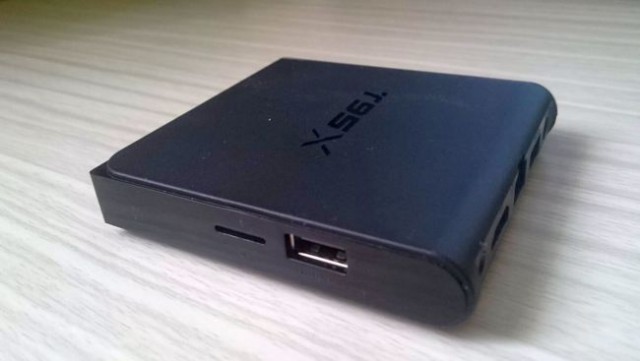 At this point, it is worth mentioning that the Sunvell T95X is a £37 computer and the review sample was sent to us by popular Chinese retailer Gearbest. That’s cheaper than any SIM free smartphones on the market and can get even cheaper during unannounced pseudo-sales.

Note that this price is exclusive of any taxes that may be levied by HMRC or the courier companies on behalf of the vendor. Want to buy tech from online Chinese retailers? Read this first.

So you get an Amlogic S905X system-on-a-chip, one which is clocked at 2GHz. It consists of four Cortex-A53 CPU cores and five ARM Mali-450MP GPU cores with VP9 hardware decoding, support for HDR, audio codec and integrated 10/100 Ethernet PHY.

With 2GB of memory and 8GB onboard storage, it has enough resources to deliver the goods for businesses looking for a capable thin-client. Sunvell has a version with 1GB of RAM (not worth it) and one that is in the shape of a plug (the Sunvell T95P).The rest of the hardware spec list includes a 10W (5V,2A PSU), Android 6.0.1 and Wi-Fi but no Bluetooth. 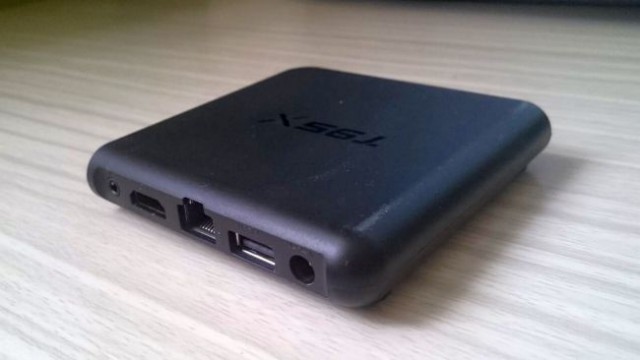 Remember, there’s no power button so the only indication that the device is working is when a blue light comes on and reveals that the chassis of the T95X is actually made of translucent plastic. We tested it with a Teknet X500 wireless keyboard that includes a trackpad that doubles as a numeric keypad.

It only takes a few seconds for the device to boot to the main screen which carries a large "SmartTV Box" label and has a number of apps pre-installed, many of which betray its consumer roots.

That said, you will still be able to uninstall most of them however disappointingly, the home screen seems to be hard coded. We uninstalled the Kodi player but the large launch button was still present.

Using a keyboard and mouse on the box can be tricky at times because Android was never meant to support cursors and points. So don’t expect right clicks on your mouse for example and shortcuts (or pressing the "enter" key to validate an entry) simply won’t work.

Still once you get to grips with the quirkiness of the user interface, you can get real work done assuming you use cloud-based services mostly with a sprinkle of apps. We didn’t experience any slow down although, truth be said, we didn’t run anything taxing. 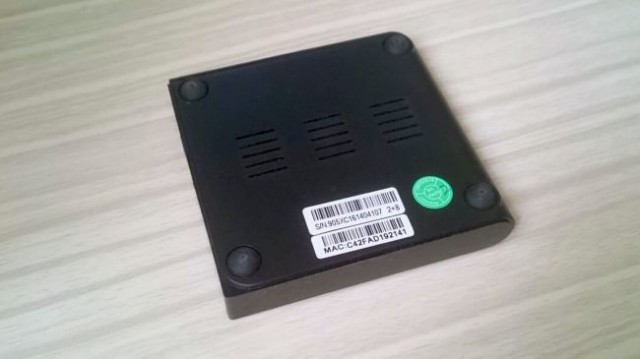 The Sunvell T95X is far from perfect but its price is what will draw the most interest. We were disappointed by the customized version of Android although that’s understandable given the target market.

As far as sheer value for money is concerned, the T95X fits the bill for those looking for a web-focused, cloud-based web client on a budget. It has access to Google Play and therefore a bewildering array of apps of all ilks.

Oh and you can also take it home in true bring-your-own-device (BYOD) style to watch movies on as the T95X comes with a remote control as well. It would have a lot of potential if it was to be packaged for an enterprise or B2B audience similar to the Dell Wyse Cloud Connect.

There are few options available around that price (less than £40), especially if you’re looking for something beefier with Android 6.0 and if there are any improvements (other than shipping a stock version of Android), it would be to provide with a VESA mount which would make it easier to position the device behind a monitor.