How will driverless cars impact the insurance industry? 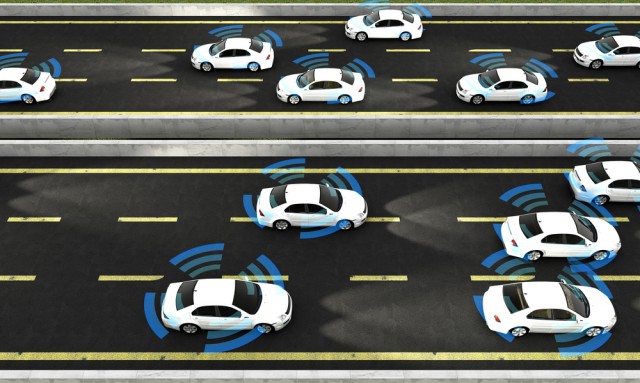 In the next decade or so, it’s predicted that our roads will be awash with driverless cars, with estimates that they will account for a quarter of global car sales by 2035. This will present either a huge opportunity for the insurance sector or a challenge that could lead to its downfall. Car insurance has long been a lucrative business, generating billions of dollars in annual revenue and supporting thousands of jobs. So the disruption promised by driverless cars is a genuine concern.

The primary challenge comes from the fact that 90 percent of road traffic accidents are caused by human error, a risk that driverless cars have the potential to eradicate, sparking a significant improvement in road safety. And while safer roads are always a welcome development, the knock-on effect would be to cause the need for third-party damage insurance to almost disappear. With fewer accidents and fewer claims, Forbes estimates that premiums will reduce by as much as 75 percent.

It’s no surprise then that insurance companies have been watching the development of driverless cars closely, looking at how they can adjust their business model for the future. I’ve already seen a few appointments along the lines of "Head of Autonomous Vehicles," and I think the industry has the capabilities to adapt if it chooses to do so.

The majority of new cars now have added autonomous systems, such as adaptive cruise control, automated parking and lane departure warnings. Insurance companies are constantly changing their rating algorithms as these features become available, meaning they are ready to adapt further still as cars evolve. With the increase of cars that are at level 2 of the SAE automated vehicle classification, a "traditional" insurance policy will still be needed. The switch to fully autonomous will take time and while insurance companies know it’s coming, I’m a little skeptical in the speed and scale of mass-market uptake. With level 2 ("hands-off") offering automated accelerating, braking and steering, this should this be enough to prevent a large percentage of accidents and significantly improve road safety.

Putting aside my skepticism, as the technology ultimately develops and we progress towards full autonomy, it could leave insurance companies with no drivers to insure, as any fault lies with the technology rather than the pilot. The UK Government has already laid out plans for dual insurance policies, which will see claims made against driverless cars paid by insurers and recovered from the manufacturer, as the responsible party.

Volvo is already on board with this approach and is so confident in its technology that CEO Håkan Samuelsson plans to accept liability for its driverless cars when in autonomous mode. Meanwhile, Tesla has already been quietly selling insurance with its vehicles in Asia with the aim to one day include insurance in the final price. Changes like these have led some to report that the personal auto insurance sector could shrink to 40 percent of its current size within 25 years thanks to driverless technology.

I believe insurance companies need to adapt from being an insurer of the mass market of drivers, to offering policies protecting against other issues involving driverless cars, such as cyber risk and overall product liability. As the number of driverless cars increases, it’s highly likely that the risk of cyber-attacks will also increase, with the potential for cars to be compromised. It’s already happened to Fiat Chrysler, which recalled 1.4 million vehicles in July 2015 after security researchers remotely took control of a Jeep driving down the highway. This raises the possibility of vehicles being used for malicious purposes such as nuisance attacks to cause congestion, or even for terrorism. Such a threat would make cyber liability cover imperative for manufacturers and personal users.

Other areas for potential diversification include monetizing the data that insurers collect from their customers and which many are already using to track customers’ driving and set their premiums. Perhaps this data could then be used to offer customers’ vouchers when driving past a shop or restaurant. With the proliferation of data available, insurers in the future could look at historical accident data and inform drivers which is the statistically the safest route for their journey -- a win-win scenario for both insurer and insured.

While it’s vital that insurance companies evolve, their traditional services will continue to have an important role to play for the foreseeable future, as this new technology is put to the test on congested city roads. There will be a significant period of time where autonomous and manually operated vehicles will need to adapt to each other and the potential scenarios playing out here are fascinating. For example, some believe that autonomous cars could be targeted by aggressive drivers who think they can bully them into stopping. Looking further into this and the "safest journey" scenario mentioned above, perhaps we’ll see some areas of the road network segregated for fully autonomous vehicles...?

In the event of a crash, the cost to repair and replace parts for a driverless car would also be extremely high, due to the technology involved. Furthermore, if the crash occurred due to a fault with the automated systems, extensive software and hardware analysis would be necessary. These could all inflate premiums, compensating for the reduction of accidents, and increase the demand for comprehensive policies. While, from a risk perspective, the premium gap between those with autonomous cars and those without could be vast, with those without paying more -- if premiums are too high we could see an increase in uninsured drivers.

It’s too early to predict exactly how the landscape will play out, but one thing is clear. Driverless cars are here to stay, and the car insurance industry must stay on its toes and prepare for change, if it is to remain relevant and effective for the years to come.

5 Responses to How will driverless cars impact the insurance industry?