BlackBerry KEYone: A trip down memory lane, but not a fantastic smartphone [Review] 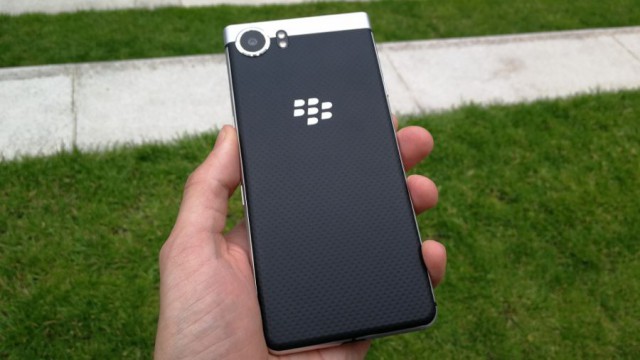 BlackBerry has endured a checkered last few years, as the company dialed down its original smartphone offerings to focus more on software and security offerings. However, the former smartphone icon has recently returned to the mobile market after signing a number of partnership deals to get the BlackBerry name back out there.

The BlackBerry KEYone is the latest product of this, as the company once again joins forces with Chinese firm TCL to reveal a new business-focused smartphone.

Looking to target those who were fans of Blackberry's original enterprise devices, the KEYone blends the company's iconic QWERTY keyboard with a touchscreen, all backed up by Android 7.1 Nougat and BlackBerry's own specialized software offerings.

But does BlackBerry still deserve a place in your pocket in 2017? 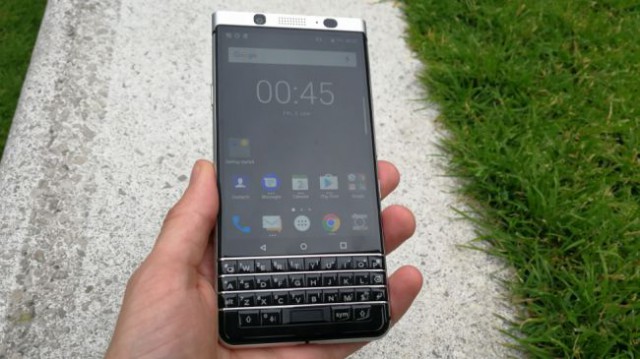 It's fair to say that the KEYone tries to be like no other BlackBerry handset that has come before.

The device blends together elements from all the company's most famous past products, meaning there's definitely bits you will recognize if you've ever owned a BlackBerry in the past.

It features an aluminium frame build, mixed with a soft, rubber rear panel than harks back to the company's past releases, and means that unlike many other devices out today, the KEYone is fairly nice to hold. However at 9.4mm across, the device is definitely wider than many of its rivals, which makes carrying it in a trouser pocket a bit less comfortable than, say, the Samsung Galaxy S8.

Where the KEYone shows its ingenuity is in the interface, as the device comes with a 4.7-inch touchscreen as well as the classic QWERTY physical keyboard. Purists will be glad to know that the latter feels just like the BlackBerry handsets of old, allowing you to speedily type.

However, if you've found yourself become accustomed to touchscreen interfaces over the past few years, you may find the keys rather small and fiddly to use. The keyboard also doubles as a touch-enabled interface, allowing you to swipe and scroll through apps and menus by running your finger over the keys.

The keyboard also hides the KEYone's fingerprint sensor -- located within the space bar, this is rather smaller than the sensor seen in other smartphones on the market today, meaning that unlocking can often be quite fiddly.

Another potential sore spot is the power button itself, which unlike most phones around today is actually located on the left side of the device, which can lead to some awkward groping around as you learn to use the KEYone. 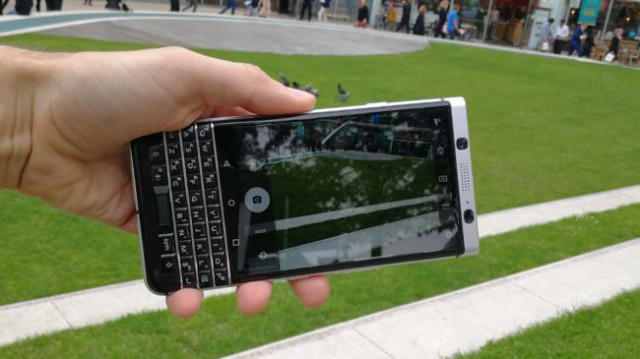 BlackBerry and TCL are keen to promote the power of the KEYone, so how does it stack up in the hardware stakes?

Inside, the KEYone is powered by Qualcomm's Snapdragon 625 and 3GB of RAM, which means it is no slouch, but that it does fall behind the likes of other Android Nougat devices from the likes of Samsung, HTC and Sony when it comes to pure power.

There's 32GB of internal storage available with the device, which can be expanded up to 256GB with microSD -- but this again is far less than other similar devices.

The saving grace perhaps is the huge 3,505mAh battery packed into the KEYone, which BlackBerry says is the largest it's ever included in a device. Backed up by Qualcomm's Quick Charge 3.0 software, the KEYone comfortably lasted a full day's heavy usage, and was able to recharge back up to full capacity fairly quickly.

As for camera, the KEYone sports a rear 12MP lens with a number of useful features including f/2.0, phase detection autofocus, dual-LED (dual tone) flash. It's nowhere near as polished as the likes of the Samsung Galaxy S8 or iPhone 7, but will comfortably do a job for most users. 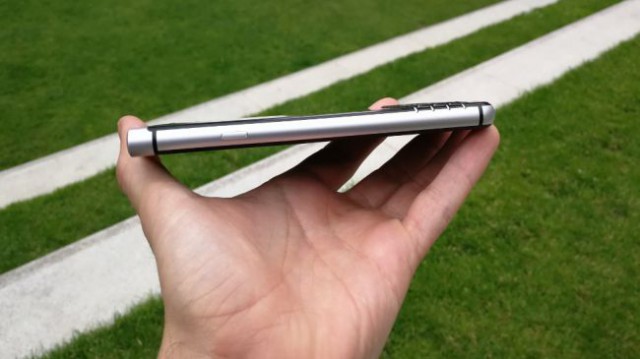 BlackBerry has obviously been keen to promote the nostalgia factor of the KEYone, meaning that anyone who remembers using the original's QWERTY keyboard will be right at home.

If you're more of a speed fiend, BlackBerry's keyboard can be customized and programmed to your liking, with up to 52 customizable shortcuts available. However as we mentioned above, if you're not used to typing on a physical keyboard (or your muscle memory is slow to return) you may well find the KEYone's input rather fiddly, and switch straight to touchscreen.

The KEYone's screen is smaller than many other devices on the market today, meaning that sometimes the display does feel quite crowded, especially when viewing web pages.

BlackBerry has once again blended Android power with its own specialized apps in the KEYone, which is its most powerful device yet. Our version of the phone ran Android 7.1 Nougat, meaning that all Google's most up to date services were present and correct - except the smart Google Assistant.

Asides from that however, the phone was easy to use and navigate, meaning you can flick through menus with ease -- especially once you get used to swiping on the physical keyboard. BlackBerry's own specialized apps are also a welcome addition, with the DTEK service allowing for better security protection, and BBM providing a useful instant messaging alternative if you aren't a WhatsApp fan. 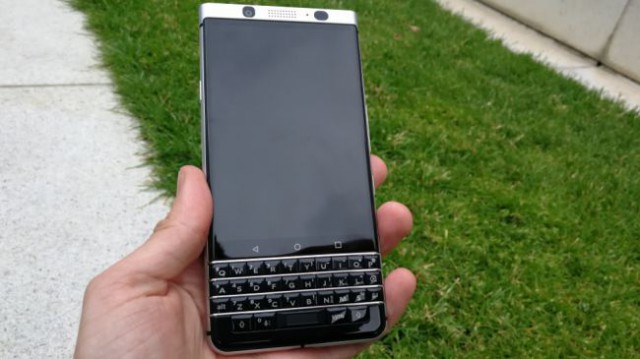 There's no denying that the BlackBerry KEYone is the company's most advanced smartphone to date -- but it still feels like it's lacking something.

In an age where smartphone manufacturers are constantly battling to shave off that extra millimeter to ensure a smooth and slimline build, the KEYone bulky design makes it stand out for all the wrong reasons.

The device itself is enjoyable to use -- particularly if you're a fan of the physical keyboard -- but there are a few too many fiddly features and quirks that prevent us giving the KEYone a high score.

If you're looking for a trip down memory lane with a bit more hardware power, this could be the phone for you, but if you're after a slick business device, you may be disappointed.

8 Responses to BlackBerry KEYone: A trip down memory lane, but not a fantastic smartphone [Review]