What new skills should IT pros learn? 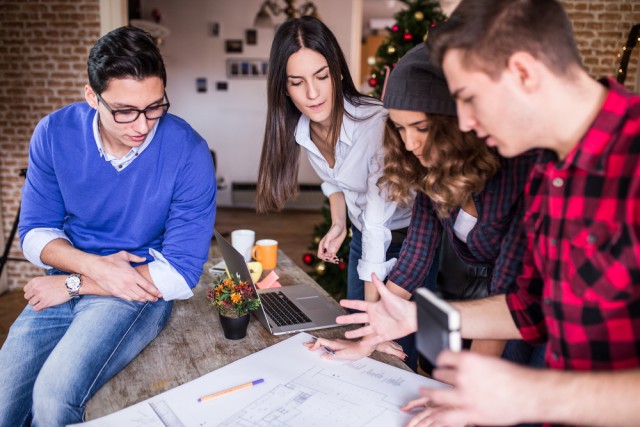 Artificial intelligence, robotics and cloud computing are a catch-22. On one side of the equation, these technologies make our lives so much easier by automating tasks and simplifying work. They can be used to perfect a development or mechanical process too, as a machine will never tire or feel exhaustion like a human. They deliver even, consistent results almost endlessly.

They also have the potential to disrupt many industries by saving brands and organizations a considerable amount of money. And therein lies the problem. The rise of modern technologies like these could replace a huge number of jobs, especially among the middle-class.

In fact, it’s a reasonable and widespread worry that computers, machines and AI will soon replace most human workers.

Fast-food restaurants like McDonald’s are already toying with the idea of swapping out human cashiers for automated ordering kiosks. IBM has deployed its machine-learning and AI platform Watson in many innovative ways. Even social media platforms like Facebook and Pinterest are using AI and machine-learning to deliver relevant content to their userbase.

As for robotics, companies like Amazon are using them in warehouses to work alongside their employees and reduce delivery times. There’s even talk of using drones to make local deliveries.

Ultimately, it’s not difficult to see where this is headed and how this will affect the future, particularly when it comes to work. In fact, if there is one thing we’ve learned from this, it’s that we have absolutely no idea what careers, jobs or projects could be uprooted by these technologies. It’s permeating just about every industry. Even journalists have something to fear, as AI isn’t too bad at writing, either!

Skills That Will Help You Keep Your IT Job

So, how do you ensure you keep your job in an ever-changing world, specifically one that’s moving at hyper-speed? You could be out of work in an instant, replaced by a robot, computer or machine of some kind.

You can’t outperform a machine -- it’s just not possible. Humans need breaks, and they need to eat and sleep. Machines and AI, on the other hand, require none of those things.

It won’t be long before you can’t outsmart modern AI and computers either. Thanks to cloud computing and big data, these systems will have access to an infinite and immediate source of information. It’s not necessarily that they will be smarter than humans, but they will certainly be armed with more data and can process it faster.

That’s OK, you probably cost a lot less than most of these technologies, right? Wrong.

At nearly every turn, it seems as though these platforms have you beat. That’s why so many people are afraid they’re going to be out of work soon. Sadly, that’s true in many instances. They will soon be obsolete, but that doesn’t have to happen to you.

As an IT professional -- hopefully with a long list of experience -- there are some things you can do to boost your job security.

One trait in particular that humans have that most computers could never dream to rival is true creativity. Looking at many of the jobs being replaced currently, most require analytics tools, critical thinking and planned reactions -- like being a cashier. What they have little of, however, is creative thinking.

Yes, some AI tools are being used to write and generate journalistic content. However, generated content will never rival true content -- at least when it comes to creativity. Humans are infinitely more creative -- think of artists, musicians, writers, architects, advertisers and marketers, computer programmers and game developers. These are all creative, hard-to-clone careers, at least when it comes to the products and services being created.

The problem with this, unfortunately, is that not everyone is born creative.

The higher the degree of creativity a job requires, the less likely you and your co-workers will be replaced by AI and computers.

Someday, AI and computers may replace every job, every career -- or they may not. Before that can happen, the relevant systems need to be developed and the appropriate data needs to be collected, which could take years. Without the proper analytical tools, data sources and algorithms, AI simply cannot do its job.

That means specialized jobs and skillsets are protected for some time to come. The more specialized and niche your skillset, the less likely you are to be replaced.

Obviously, every industry and career is going to be different. A good bet is to stick with soft skills, things that machines and computers have a difficult time emulating. This includes tasks like providing health care as a nurse, anything that requires public or event speaking, and team-based cooperative responsibilities.

Once you specialize in something, don’t stop there. The trick is to continue improving your skill and knowledge sets as much as possible. Become a tour de force in your industry.

3. Learn to Work With AI, Computers or Robots

This idea is brilliant, really. No matter how many machines, systems or robots are used to replace jobs, they will always need maintenance and administrative teams to keep them afloat. What happens when a computer or robot breaks down? What happens when there’s a computer glitch caused by jumbled code?

Just to name a few, these platforms need AI trainers, programmers, maintenance crews, installers and data analysts. All those data sources the systems are plugging into need to be monitored to make sure they’re handled properly.

If you’re in IT, you already have a lot of the skills required to handle these responsibilities. Don’t overlook the possibility of working with these platforms.

Maybe it’s just not an option for you, or maybe after years behind a desk or sitting in one place, you’ll enjoy manual labor. Either way, many conventional labor tasks and responsibilities are just too much for AI and machines to handle.

In construction, for instance, there’s only so much that AI and automated systems can be used for. You can use 3-D printing to develop the prefabs for an entire building, yet you still need someone to physically assemble everything.

Even small tasks like folding a towel fall into this category. Machines or robots trying to fold a towel can take up to 25 minutes to do the work, while a human can do it in mere seconds. In other words, some things are just better off done the old-fashioned way.

The Future Is Bright

Despite how things may seem, the future really is bright. While you may be inclined to look at these technologies as disruptive in a negative or bad way, that’s not always the case. In fact, you might find a life dominated by these platforms is much easier and more convenient.

Think of how many menial, tedious tasks you’ve had to perform over the course of your career. Now imagine never having to do any of that again, because a computer can do it for you. You never know -- this may all be a blessing in disguise.

Either way, focus on honing the skills mentioned above and you’ll come out on top.

One Response to What new skills should IT pros learn?