A slightly smaller percentage (7.2 percent) of last year’s respondents had indicated that they expected to have migrated more than 50 percent of their systems to Windows 10 by now, but we were not anticipating an even higher percentage of respondents telling us that they had fully completed their migrations.

Faster Migration Through … What?

These results raise a number of questions. Where did migration move faster or take less time than anticipated? Did something accelerate the process? The Adaptiva survey does not answer these questions directly, but it is possible to infer some answers.

Consider the following findings from the same 2017 survey:

If a majority of respondents expect each individual migration to take between two and four hours but 42 percent expect that they will not have to intervene manually with more than 90 percent of their systems, and if nearly half the surveyed IT leaders expect to be able to migrate their entire collection of systems to Windows 10 with a team of only five or fewer people, we can only conclude that they have found ways to automate a good number of the migration steps. That would certainly account for the finding that 42 percent of respondents expect to intervene manually on less than 10 percent of their systems.

Furthermore, automation could, depending on how these organizations are managing their automated tools, facilitate levels of parallelism in migration that would not be possible if IT teams had to touch all individual systems. The migration tools may oversee the simultaneous migration of large numbers of systems, which could accelerate the migration program and bring it to completion at a date earlier than projected.

We know from an earlier Adaptiva survey that more than 85 percent of enterprises use some kind of configuration management tool, such as Microsoft System Center Configuration Manager (ConfigMgr), to manage their Windows environments. Depending on the sophistication and capabilities of the tool, organizations can quickly gather much of the fundamental information that they will need to begin planning migrations -- even in environments where tens, even hundreds, of thousands of PCs will be migrated. The fact that IT leaders responding to this year’s survey had such clear insight into the state of their Windows infrastructure and the percentage of systems that would require distinct levels of manual intervention during migration (as well as none whatsoever) further suggests the importance of automation in accelerating migration.

It may be that planning and executing a migration strategy does not, in practice, take as long as anyone initially thought -- even in the largest organizations. Last year’s survey results indicated that a majority of enterprises (88 percent) had moved only a small percentage of systems (less than 5 percent) to Windows 10. Perhaps, after all, the reason for that was not the sheer complexity of the task; perhaps it was more a matter of waiting until the shakedown cruise had concluded for the new ship of Microsoft’s state. Only when IT leaders were satisfied that the major kinks had been worked out of Windows 10 and it had proven its reliability and the power of its security systems, then the actual execution of an enterprise migration plan could go forward. That may have taken longer than anticipated, but once migration began in earnest, the automation tools kicked in to help move it along faster than anyone had anticipated possible. 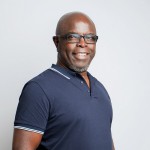 Daniel Okine, senior director of product management, is responsible for setting product vision and roadmap at Adaptiva, using data from market trends and opportunities, competitive landscape, and customer needs to develop a global strategy for the company’s endpoint management platform and products. Daniel drives the technical priorities and programs at Adaptiva in collaboration with key stakeholders in engineering and marketing. For more information on Adaptiva, the market leader in smart scaling systems management, please visit www.adaptiva.com, and follow the company at LinkedIn, Facebook and Twitter.