What you need to know about 5G 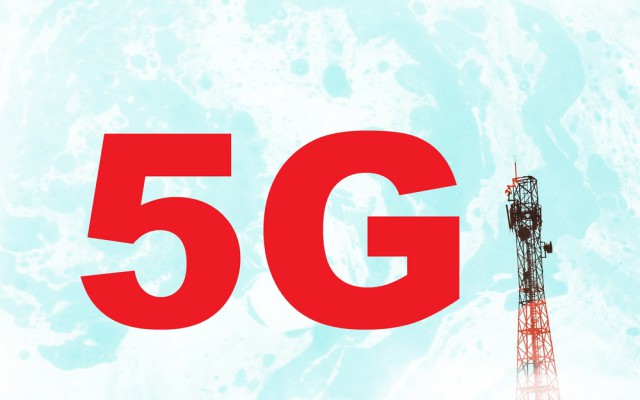 5G networks are the next generation of mobile internet connectivity, offering faster speeds and more reliable connections on smartphones and other devices than ever before.

Combining cutting-edge network technology and the very latest research, 5G should offer connections that are multitudes faster than current connections, with average download speeds of around 1GBps expected to soon be the norm.

Although still a work in progress, and still lacking official standards or regulation, 5G networks are expected to launch across the world by 2020, working with existing 3G and 4G networks to provide businesses and consumers alike with speedier connections that stay online no matter where you are.

The benefits of 5G should also play a key role in helping developing countries get connected to the internet and enjoy the benefits that mobile connected technology brings. Estimates from mobile industry body the GSMA predict that 5G connections could number as many as 1.1 billion by 2025, with the associated networks covering a third of the world’s population.

5G is more than just speedier smartphone downloads, however, as the technology could also be the key to creating a smarter, more connected world.

The use of higher density networks would allows for huge numbers of different devices to connect to a network and run all at once with little slowdown, meaning that it is perfect for the M2M technology needed to power the Internet of Things (IoT).

The IoT requires reliable and fast networks in order to process huge amounts of data and information, as well as carrying out thousands of calculations and decisions every second. 5G should provide the capacity needed to take the IoT to the next level, allowing for a smarter, more connected world around us.

It’s still not exactly known how much faster 5G will be than 4G, as much of the technology is still under development.

That being said, the networks should provide a significant upgrade to current download and upload speeds -- with the GSMA proposing minimum download speeds of around 1GBps, and less than 10 ms latency.

This would mean that users could download a full-length HD quality film in a matter of seconds, and that downloading and installing software upgrades would be completed much faster than today.

The technology would also provide a number of upgrades in other services -- for instance, video calls would be able to be carried out in much higher-quality, HD voice calls could be placed from anywhere in the world, and uploading high-quality content to the internet would become a much smoother (not to mention faster) process.

When will 5G launch?

5G technology is expected to officially launch across the world by 2020. This is the threshold that most countries and network providers have set for the launch, but given the speed of investment and development in the technology, it may arrive even sooner.

Once launched however, implementing 5G may be a slower process. Much like the gradual takeover of 4G networks from the previous generation, existing network infrastructure may need to be upgraded or even replaced in order to deal with the new technology, and homes and businesses may also need to get new services installed.

Will my phone be able to get 5G? Or will I need to upgrade?

It’s not yet known how 5G networks will take over from existing networks, but again, much like the rollout of 4G, you may not be able to immediately connect to the new networks without upgrading your technology.

Mobile devices that were released when 4G networks were the standard may not be able to connect to 5G to begin with, or may incur extra costs to do so. However following the initial rollout of 5G, we should soon see devices coming with 5G connection as default.

Although 5G should represent a major step up from current 4G and 3G networks, the new technology won’t immediately replace its predecessor -- at least, not to begin with.

Instead, 5G should link in with existing networks to ensure users never lose connection, with the older networks acting as back-up in areas not covered by the new 5G coverage.

But much as 4G has largely taken over from 3G as network coverage has widened, 5G should gradually become more widespread and eventually supplant the previous generation, with devices launching after 2020 expected to come with connectivity to the new networks by default.

5G is expected to provide much faster download and upload speeds than 4G networks, allowing for speedier streaming and downloading.

So-called "4.5G" networks (also known as LTE-A) are set to fill the gap for the time being, offering connections that are faster than current 4G networks, although only certain countries such as South Korea can benefit from them right now.

12 Responses to What you need to know about 5G