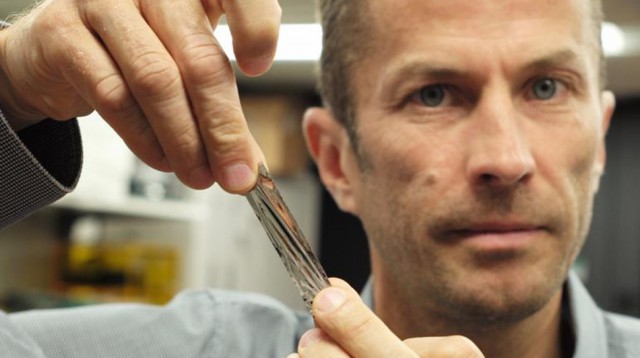 IBM has revealed a major step forward in its storage capabilities with a new world record.

The computing giant has revealed that researchers have been able to fit 330 terabytes of uncompressed data into a single palm-sized tape cartridge -- equivalent to around 201 gigabytes per square inch.

"This really demonstrates the potential to continue scaling tape technology, basically at historical rates of doubling the capacity every two years, at least for the next 10 years," IBM Research's Dr Mark Lantz said.

Tape drives have been used in some form in the technology industry for the past 60 years, and IBM is hoping its latest breakthrough proves that the format still has a future, potentially in cold storage cloud services like AWS and Google Cloud.

"While sputtered tape is expected to cost a little more to manufacture than current commercial tape that uses barium ferrite, the potential for very high capacity will make the cost per TB very attractive, making this technology practical for cold storage in the cloud," IBM Fellow Evangelos Eleftheriou noted.

The tape itself was developed by Sony's Storage Media Solutions arm, which says the technology is able to scale and fit a wide number of use cases.

"Tape has traditionally been used for video archives, back-up files, replicas for disaster recovery and retention of information on premise, but the industry is also expanding to off-premise applications in the cloud," Eleftheriou added.

IBM and Sony have worked closely together to reach the new mark, with the Eleftheriou noting that the former developed several new technologies that have resulted in major steps forward in media technology, such as advanced roll-to-roll technology for long sputtered tape fabrication and better lubricant technology, which stabilizes the functionality of the magnetic tape.