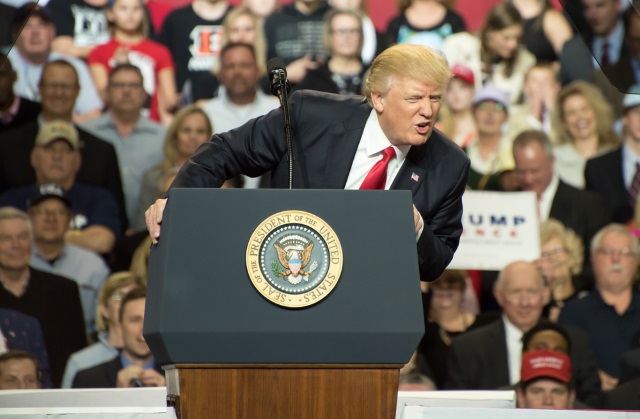 The Department of Justice is trying to force a web host to reveal the IP addresses of over 1.3 million visitors to an anti-Trump website. The DoJ is also requesting contact information, email content and photos.

The site -- #DisruptJ20 -- was used to organize protests against Donald Trump on the day of his inauguration. DreamHost says that it is fighting the warrant that has been issued, because the "information could be used to identify any individuals who used this site to exercise and express political speech protected under the Constitution's First Amendment. That should be enough to set alarm bells off in anyone's mind."

The web host describes the DoJ's request for information as "investigatory overreach and a clear abuse of government authority." The site has filed legal opposition to the request after what it says has been months of work.

DreamHost is working with the Electronic Frontier Foundation, and it doesn't sound like it is willing to give up any time soon. It says:

The internet was founded -- and continues to survive, in the main -- on its democratizing ability to facilitate a free exchange of ideas. Internet users have a reasonable expectation that they will not get swept up in criminal investigations simply by exercising their right to political speech against the government.

We intend to take whatever steps are necessary to support and shield these users from what is, in our view, a very unfocused search and an unlawful request for their personal information.

DreamHost says that it deals with requests for information frequently, but this latest search warrant -- which makes reference to "the individuals who participated, planed [sic], organized, or incited the January 20 riot" -- is one it is willing to resist. As the company says in a blog post: "We Fight for the Users."