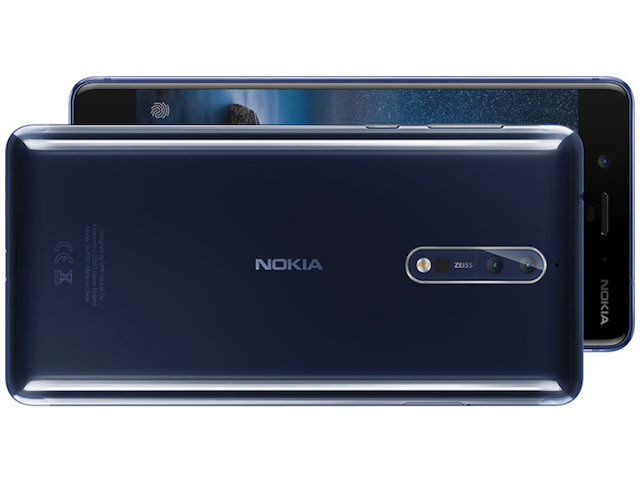 Nokia doesn't make smartphones anymore, but the company will sell its name to the highest bidder. Case in point, the current Android devices carrying the "Nokia" branding are actually made by a company called HMD Global. In other words, you are buying an HMD smartphone with the Nokia name slapped on it. This keeps the Nokia brand in consumers' minds, while HMD gets to sell its phones under a name people actually recognize. It's win-win for the two companies.

Today, HMD unveils its newest such device -- the Nokia 8. What does the "8" signify? seemingly nothing. It is not an 8th generation device, nor does it have an 8-inch screen. It is just sort of random -- much like Microsoft and "Windows 10" (whatever happened to Windows 9?). The Nokia 8 looks rather impressive, however, with excellent specs and a gorgeous design. Branding aside, this could be an intriguing smartphone for fans of Google's mobile operating system.

"4.6mm thin at the edge and just 7.3mm slim on average, Nokia 8’s seamless unibody is precision milled from a single block of 6000 series aluminium and its pure design has been refined through a 40-stage process of machining, anodizing and polishing. Select models feature a high-gloss mirror finish that has taken over 20 hours to complete to achieve a flawless look. The phone features Qualcomm's powerful SnapdragonTM 835 Mobile Platform and paired with the pure, secure and up to date Android experience ensures outstanding performance," says HMD.

"The Nokia 8 lives up to its power-efficient legacy thanks to the 10-nanometer Snapdragon 835 mobile platform. On average, the Snapdragon 835 uses around 25 percent less power than the previous generation platform. The platform’s transistors are packed much closer together --designed to allow for lower battery consumption, less heat, and better performance than its predecessor. The Snapdragon 835’s Qualcomm Kryo 280 CPU is tasked with identifying and differentiating between the Nokia 8’s background and priority tasks. By categorizing the two, the CPU can speed up the performance for certain critical tasks that need more attention," says Qualcomm. 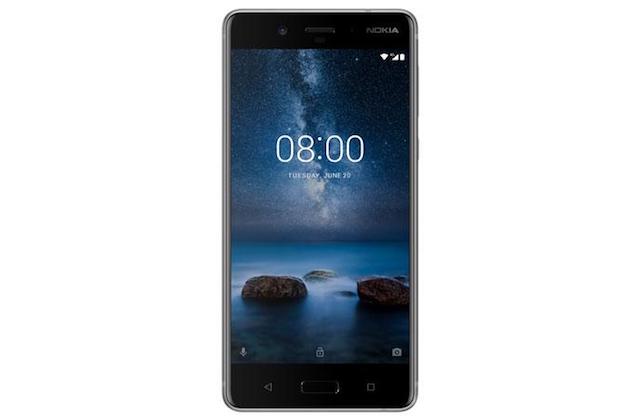 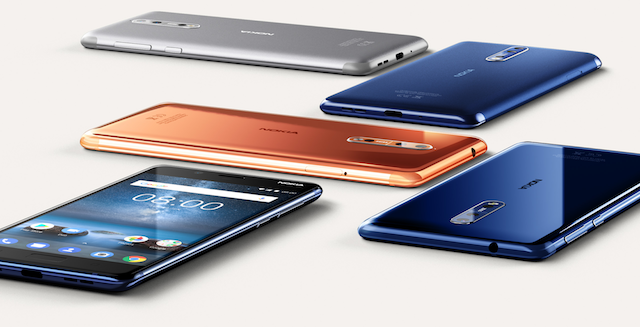 The Nokia 8 can be had in four colors -- Polished Blue, Tempered Blue, Steel, and Polished Copper. HMD says pricing starts at €599 for the unlocked smartphone, but it is not clear what USD pricing will be. More should be known when it launches next month, September 2017.