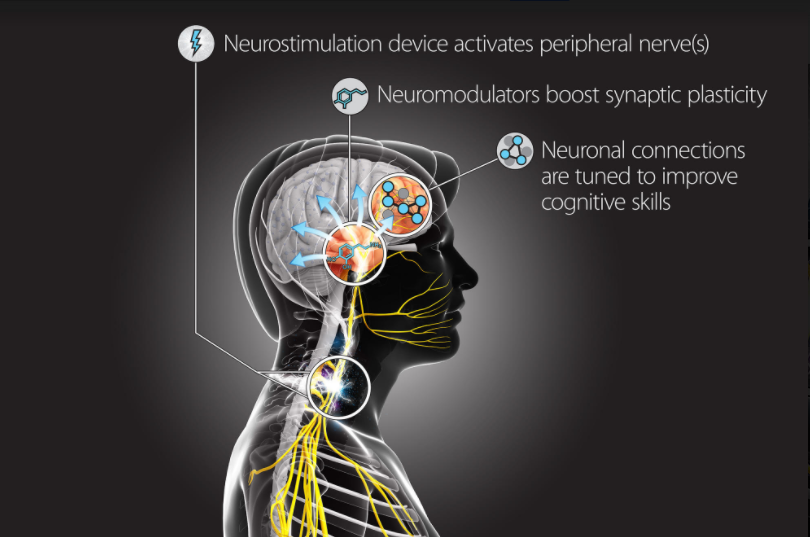 My dad had a stroke in his early 60s that left him partially paralyzed. He later had another stroke that killed him. That had a big impact on my life, and since then I’ve been interested in stroke research, and medical advancements in that field.

Neurostimulation in particular is proving beneficial to stroke victims, and I spoke to Nexeon CEO and neurotechnology expert Will Rosellini and Director of Clinical Research Navid Khodaparast about how it’s helping enhance stroke rehabilitation, and its future potential for augmenting healthy brains.

BN: What is neurostimulation therapy?

WR: Neurostimulation encompasses any therapy that deliberately modifies the electrical signals in the nervous system to illicit a therapeutic response. There are over 600 diseases of the nervous system, including sporadic seizures, tremors, chronic pain, uncontrolled bladder, just to name a few. Symptoms associated with nerve dysfunction have been controlled or treated with surgery, pharmacotherapy, and behavior modification. And while these approaches can help relieve a patient of a lot or almost all of his or her issues, these treatments have the common risk of introducing undesired side effects. Some of these treatments can be deficient in yielding the best outcomes for patients because they aim only to mask the symptoms of the disease, rather than to attack the etiology, or the cause, of the chronic condition.

NK: Neurostimulation uses pacemaker-like technology via both invasive and noninvasive solutions to deliver electricity directly to nerves, the spinal cord, or parts of the brain to treat these conditions. When you disrupt, change, improve, or restart these electrical signals, function restores and quality-of-life can be maintained.

BN: How does it enhance stroke rehabilitation?

WR: The Microtransponder Vivistim System stimulates the vagus nerve while the patient is undergoing physical rehabilitation, which essentially tells the brain to "pay attention" to that rehabilitative movement. This simultaneous pairing of a specific movement with vagus nerve stimulation (VNS) strengthens the motor circuits associated with the movement. Repeatedly pairing VNS with specific movements helps rebuild those damaged motor circuits and promotes relearning of activities of daily living (i.e. picking up a cup). The research team at Microtransponder continues to investigate paired plasticity as a means to help patients regain upper limb function. Their most recent publication in the American Heart Association journal Stroke in January of 2017 supports their ongoing hypotheses. This therapy is still in its investigational stage, Microtransponder is currently recruiting additional ischemic stroke survivors to further test this therapy in the US.

BN: What proof is there that it works? 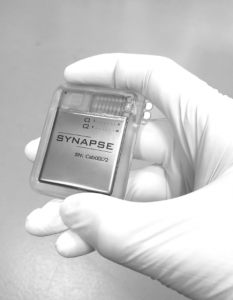 NK: Before joining Rosellini at Nexeon, I spent years working with a team of brilliant neuroscientists and engineers at University of Texas at Dallas to develop the application of neurostimulation for the treatment of stroke. My PhD work focused on the efficacy of pairing short bursts of VNS while a stroke sufferer performs a specific rehabilitative motor task. Through my preclinical and clinical research (see the links at the bottom), we were continually advancing our original hypothesis to be true: that delivering VNS during physical rehabilitation time locks the release of pro-plasticity neurotransmitters, which ultimately helps restore motor function. In this way, the device helps the brain to focus on the right cues to "re-learn" how to use your arm.

BN: Can it be used to augment a healthy brain?

WR: [The US government funded] DARPA (Department Advanced Research Programs Agency) has recently funded a new program, Targeted Neuroplasticity Training (TNT), which seeks to advance the pace and effectiveness of a specific kind of learning -- cognitive skills training. Through the precise activation of peripheral nerves, the neurostimulation technology can in turn promote and strengthen neuronal connections in the brain. TNT will pursue development of a platform technology to enhance learning of a wide range of cognitive skills, with a goal of reducing the cost and duration of the Defense Department’s extensive training regimen, while improving outcomes. If successful, TNT and other research programs funded under this same initiative could accelerate learning and reduce the time needed to train foreign language specialists, intelligence analysts, cryptographers, and others.

NK: This is a natural transition of scientific discovery. Many of the patients who suffer from some chronic neurological disease are also demonstrating signs of cognitive decline. We’re getting traction on repairing a nervous system that has been damaged or suffered trauma, but we’re learning in parallel the manifestation of cognitive impairments in neurological disease. With our flexibility at Nexeon, we’re working on a neurostimulation product that would help improve cognition, and more importantly, improve overall quality-of-life.

WR: And the opportunity to augment a healthy brain doesn’t stop at superior clinical therapies and device development. With the increased sophistication of the firmware, the ability to now stream new data inputs that have never been considered before, and the more widespread understanding of how neurostim could be used for disease therapy and enhancement, many new players are entering the field of neurotechnology that could make a considerable impact. Just this year, Elon Musk and Mark Zuckerberg announced their plans to explore this new frontier related to brain-computer interfaces, which is exciting to have those visionaries track records shining a light on the tech in development in this space.

BN: How do you see the field developing? What's the ultimate aim? 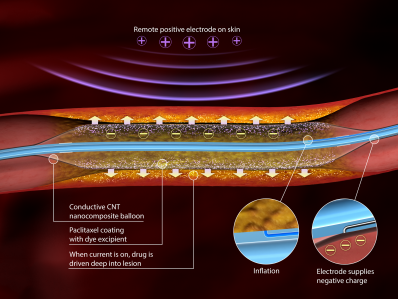 WR: There’s a lot of work to be done in this field. Our primary target is to commercialize our deep brain stimulation product in Europe. Based on the current deficiencies in current product offerings, we’ve learned from leading DBS physicians that the next inflection point in therapy improvement centers around LFP recordings, or brain activity -- creating devices that can listen and record to how the brain or nerve is responding to the prescribed stimulation. For decades, neurostimulators have worked one-way, sending electricity to the targeted area; improvements in a patient’s condition then came from visual exam and verbal feedback. But as the implants have gotten more sophisticated, they are able to record activity within the nervous system while simultaneously stimulating. Much like a doctor would ask a patient how he or she is feeling, perform a physical exam, but then also use a stethoscope to listen to how the patient’s heart is beating or the lungs are functioning, this LFP recording capability allows the physician to "listen" to the brain.

NK: Neural recording will further our understanding of disease onset and progression, therapeutic efficacy, and comorbidity management. We plan to use this knowledge to support physicians in providing the best treatment for more patients in the most efficient way possible; we will automate the delivery of therapy; and we will eventually deploy this model to support people in their pursuit of living with a healthy and/or enhanced quality-of-life.

While Will and the management team are executing on launching the DBS system, I’ve been working with our research division in various clinical and preclinical studies utilizing peripheral nerve stimulation for atrial fibrillation, dysphagia, and asthma. Through ongoing collaborations with scientists, healthcare providers, engineers, patients, and patient families, we aim to create solutions that not only improve the quality-of-life for the patient, but do so by the most efficient and predictable means possible, thus supporting a healthcare system that increases access to the highest quality-of-care for more people.

WR: But now, as we understand and improve how we can help "sick" people get back to "normal", there is already considerable discussion around how we leverage this science to take "healthy" people to a higher level, or augmented, version of themselves.

BN: How did you get into Neurostimulation?

WR: For a good portion of my teens and early twenties, I was focused on becoming a career baseball player. After playing in college, I was drafted and pitched in the Arizona Diamondbacks organization. What I learned at the pro level was that given the same coaching, equipment and largely the same physical tools, there were some pitchers that could control their body-mechanics more predictably under stress than the rest of us. I eventually realized that it was because of superior nervous system function. That fascination is what eventually energized a now 15+ year career in neuroscience research, and more specifically, translational medicine.

NK: Rosellini and I share that same fascination, which is why we work so well together. But my background doesn’t include professional sports. Instead, I didn’t recognize how much it piqued my interest until I was wrapping up my first year of med school. I discovered that working with patients is fulfilling, but being limited in the tools to help them is frustrating. I’m a problem solver by nature, so the research component of developing clinical solutions excited me. Eventually, I left med school to pursue my PhD work in cognitive neuroscience. I’m working with some of the most versatile devices and helping patients in ways that wasn’t even possible. Now, I can’t imagine working in a different space. 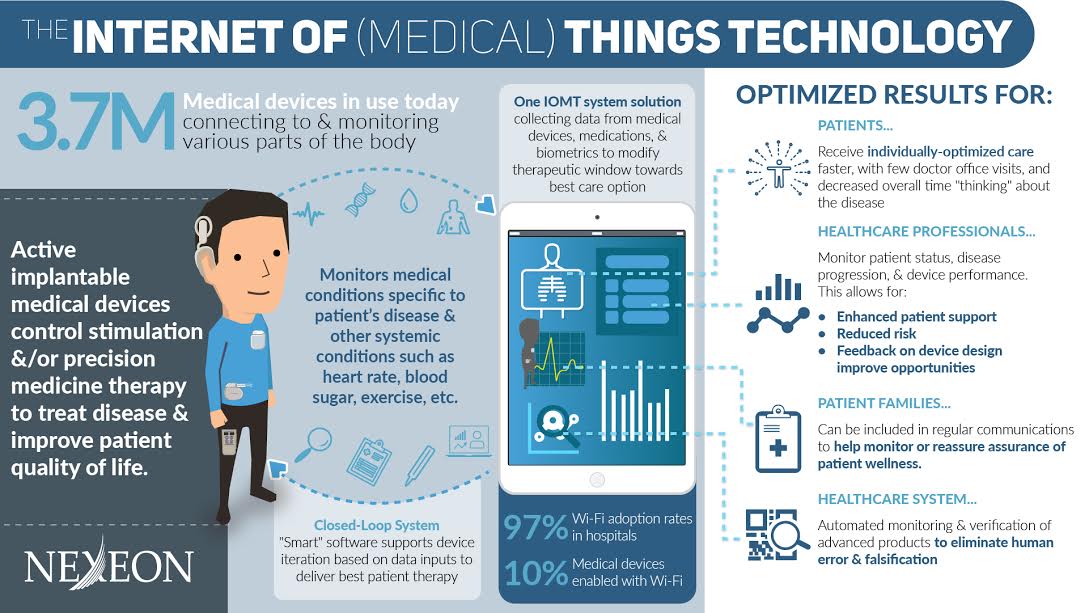