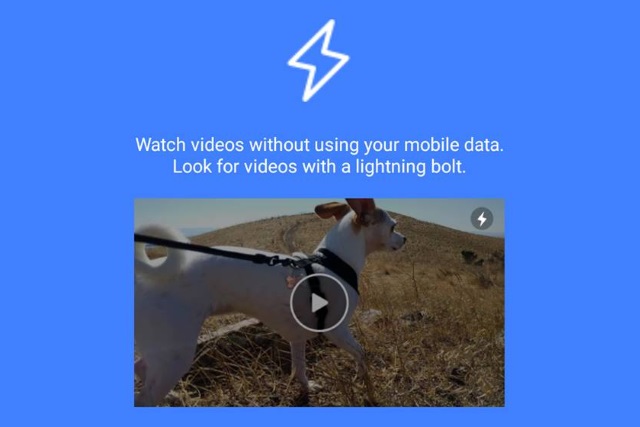 Facebook has managed to effectively reduce page loading times for its users with the Instant Articles feature. Now the social network is looking to do something similar with video content.

The feature is called Instant Videos, and it works by automatically downloading videos when there is a Wi-Fi connection available so they can be watched later without having to use a data connection. Instant Videos is undergoing testing with a limited number of users at the moment ahead of a possible wider rollout.

Just as with Instant Articles, videos that are accessible through Instant Videos are indicated by the presence of a lightning bolt icon in the upper right-hand corner. In a screen grab of the feature taken by TheNextWeb's Matt Navarra, Facebook describes the feature:

Watch videos without using your mobile data. Look for videos with a lightning bolt.

When you're on Wi-Fi, we'll save some videos for you so you can watch them without using mobile data.

Facebook has confirmed to TechCrunch that the feature is being tested with a small number of Android users, but there's no word on quite when it might see a wider rollout. Given Facebook's ongoing interest in video, and the ever-increasing importance the company is placing on this as an income stream, it's perhaps little wonder that it is taking steps to ensure that as many people as possible can access video without obstacles.