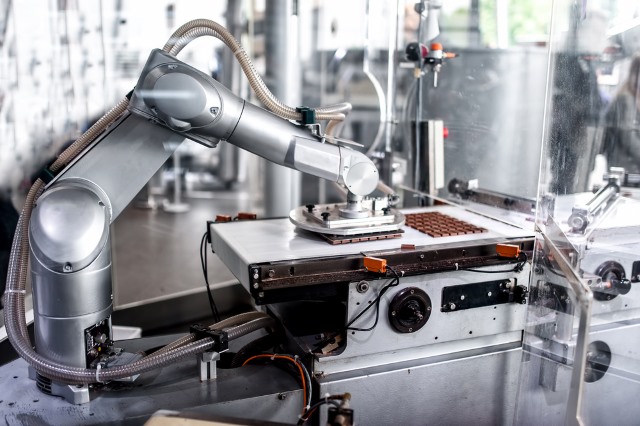 Recently, the leader of the Labor Party in the UK, Jeremy Corbyn, suggested that a "tax on robots" should be put in place. He believes automation is a "threat" to workers and wants to use the tax income to build a fund for retraining staff that lose their jobs. He thinks "we should all get the benefits" from "greedy" global corporations which have "made a great deal of money out of incredibly advanced technology."

While mass receipt of global commercial wealth is most appreciated, Corbyn's suggestions are a reaction to the Hollywood version of the technology. A suggestion that could stop innovation.

Companies, of all sizes, generate lots of money from implementing advanced technologies -- it’s called business, and it’s already producing lots of tax revenue. Next week are we going to start sneaking more tax on companies that automate their email marketing? Or what happened to the doorman who was replaced by automated doors? Quick, get him back.

Adaptation to tech advances is nothing new

With the integration of new technologies, rarely does one thing entirely replace another. The Kindle has not yet replaced the book, the pushbike has not obliterated the car. Indeed, most cyclists are also motorists. It is about extending options, offering choice and driving innovation.

It’s very doubtful that robot-geddon will be quite as dramatic as the most vocal make out, and it, if ever, will take many years to get there. In the meantime, we all need to be planning on how we develop ourselves and how to make the best use of our unique human skills to meet new opportunities.

Automation and similar technology will enable us to concentrate on the uniquely human problems we face. Every one of us is going to have more time in our lives through robot-driven productivity.

I agree with Corbyn that both businesses and their staff should reap the rewards by investing in training. After all, being a smart employee will soon not be good enough -- in some senses of the word, machines are already smarter. They are better at speed, recall, memory and focused work. It’s time to re-skill employees in our more human traits. Adaptability, innovation, curiosity, and perseverance will be in high demand and, of course, the ability to use a machine to get answers.

The type of jobs robots are impacting is multiplying rapidly. Manufacturing, warehousing, retail, analysis, shipping, and transportation are already affected. The idea that these businesses are not "sharing the benefits with society" is just incorrect.

As an example, human error causes 94 percent of deaths in car accidents across the planet. That’s 1.1 million people killed because of another human. According to research, automation in driverless cars is set to reduce fatalities by 90 percent by 2050.

Further automation cross-sector and through all sizes of business is inevitable. After all, it’s fueled by the pressure to increase efficiency, productivity, and profit. Business and political leaders need to be preparing people for a technology and engineering based future, not trying to work out how to squeeze those who are innovating.

We need to be ready to adapt

When automation has taken care of the most fundamental of work, making sure we humans are fed, watered, clothed and sheltered, then we can ask questions like: "What can we do now?"

We have been in this "what can we do now?" cycle since the first industrial revolution. It’s nothing new, but a continuous part of a process. It enables us to have the time to be painters, athletes, ponderers, astronauts, tinkerers, mathematicians, researchers, writers, singers and anything else we can dream up.

Of course, over time, automation will be able to do all of this too, but, the cycle continues, and we will ask ourselves again: "What can we do now?"

At the moment, businesses are actually quite slow to adopt automation. They tend to implement the technology in-line with the Pareto principle, or 80/20 rule. Machines are first put in to deal with the mundane and routine, enabling staff to concentrate on the complex, more human, part of their role. It’s more of an evolution rather than revolution.

As a simple example in internal communication, if a member of the HR team no longer has to answer the same repeated questions about holiday allowances; they could have the capacity to develop the training and development plans that keep the workforce skilled up.

World economies depend upon people being able to exchange goods and services. It is possible that new modes of economic organization will need to emerge. It is happening already with experiments in the national living wage in Norway and Corbyn’s party have previously toyed with the idea of a universal basic income.

Markets are excellent at protecting themselves, and new choices in resource allocation and management are likely to offset the doomsday scenarios. Ultimately, we need to plan for different and fewer jobs, rather than no job

Try as you might, you cannot get the toothpaste back in the tube. Automation exists, it is growing, and it can be a real benefit to businesses and humans.

There are not just issues for commerce, but for society and government as a whole. Yes, it can be a bit scary, but also genuinely thrilling. Economists, sociologists, and politicians need to engage with business leaders to educate and prepare. After all, it is going to require the very best of human skill and cooperation to get the right results from technology.