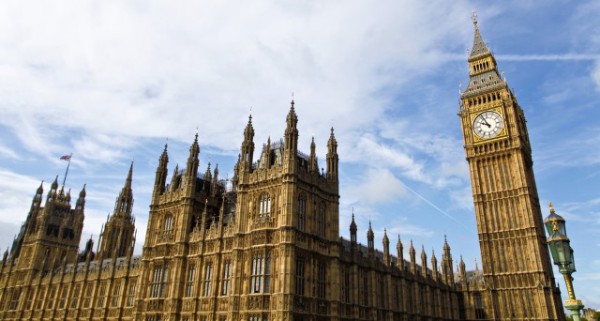 In today's budget speech the UK Chancellor, Phillip Hammond, has announced a number of measures aimed at boosting the tech sector.

These include £500m of support for 5G mobile networks, full fiber broadband and artificial intelligence and £540m to support the growth of electric cars, including more charging points. A further £2.3bn is allocated for investment in research and development and £30m to develop digital skills distance learning courses.

Digital economy royalties relating to UK sales which are paid to a low-tax jurisdiction -- hello Amazon, Apple, etc -- are to be subject to income tax as part of a tax avoidance clampdown. This is expected to raise about £200m a year for the government. It also follows moves by other countries, notably Italy which earlier this month announced plans for a digital sales tax. The Chancellor told Parliament that the measure wouldn’t solve the problem but would be a "signal of determination" from the government.

Reaction from the industry has been generally positive. Lawrence Jones, CEO of hosting firm UKFast says, "It's fantastic that the government is investing £500 million directly into tech for AI, 5G and full-fibre broadband; it's needed. The Chancellor is backing it up with more investment into training a further 8,000 computer science teachers, to nurture home-grown talent and help plug the digital skills shortage in the UK. Tech is the future. I know there are the naysayers that believe AI is going to take our jobs, but look at the many ways tech has changed our lives for the better."

Investment in skills is vital according to James Lyne, head of research and development at cyber security training specialists SANS Institute. "We're now living in a digital economy, where anything and everything can be connected or automated. Unfortunately, as we increasingly move our society and commerce online, we face two challenges -- the growing opportunity for cyber criminals to attack us, and the lack of skilled security practitioners to keep these opportunistic individuals at bay. We therefore welcome the announcement today that the UK Government will invest more in building British skills in computer science and digital competencies, in addition to fortifying the current security of the nation’s mobile infrastructure."

Some though believe the Chancellor should have done more to prioritize cyber security. Etienne Greeff, CTO and co-founder of SecureData;

Another Autumn Budget, and another year when the UK government neglects putting cyber security as one of its utmost priorities for investment. We see talk of driverless cars, rail cards and digital skills, but no mention real mention of how the UK will defend against cyber attack at a time when nation states are virtually attacking one another in a game of one-upmanship and, in some instances, unleashing cyber warfare.

While the Budget announcement has given a nod to the importance of digital skills, it's not nearly enough investment to secure a society that is increasingly online and increasingly vulnerable to attack. Is the investment in the right place? Could it be better spent educating organizations and the general public on the risks we face online today and providing the knowledge and skills to create a more united cyber front? While Hammond has promised significant funding to secure 'the UK’s position as a world leader in transformational technologies', barely any of this is wholeheartedly reserved for cyber security. The more tech innovation we create, the more we need to recognize the fact that security (or lack of) will make or break its success and safety. It’s time the UK government acknowledged this with more concerted efforts towards protecting British business and its citizens.

Richard Parris, CEO and chairman at digital identity specialist Intercede agrees, "It's shocking that this wasn't directly addressed given the countless number of large scale cyber attacks that have plagued our headlines this year, affecting millions of UK businesses and consumers. The Government has continually stated its plan to keep the UK at the forefront of innovation, but this innovation will definitely fall behind if we aren't able to secure critical data and the infrastructure driving the UK's technological revolution. Cybersecurity is the cornerstone of the future of the UK’s growing economy. By not recognising the important role that cyber security plays in the future development of our nation, UK businesses and citizens will be left vulnerable to attack."

Should the government be doing more, or have different priorities, for the tech sector? Let us know.