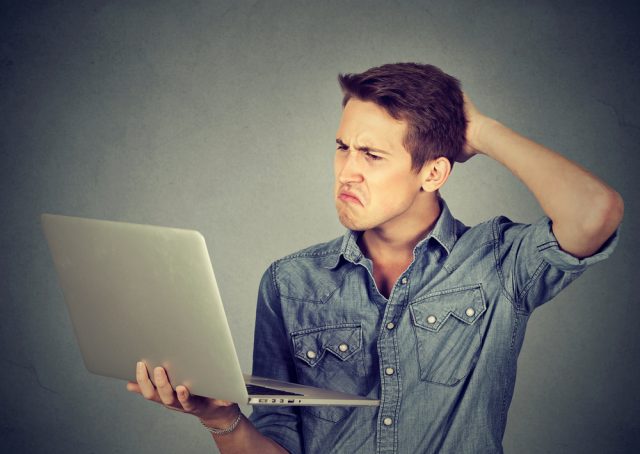 You must be sitting there confused, wondering what the heck I am on about. It can't be both, right? Well, no, but if you read the latest reports on PC shipments in Q4 2017 from IDC and Gartner you are going to get that impression. IDC thinks we've just had the first growth quarter in six years, while Gartner claims shipments are down year over year. Isn't this interesting?

My colleague Brian Fagioli covered IDC's report yesterday, so it makes no sense to talk about it again. You can read his coverage here. It is easy to use that report as the basis to dispute the general consensus that the "traditional" PC market isn't going to make a comeback. The numbers that you need are right there, after all.

IDC is a reputable company, and it is not my intention to argue that its math is wrong. Not by a long shot. These sort of things are difficult to get 100 percent right. What's more, shipments do not mean sales, and it is shipments that IDC focuses on. Just because a company moved an x amount of products it does not mean that every single one of them reached an end buyer.

The difference may be small, no doubt about it, but it could be what separates a growth from a loss quarter -- we are talking about a 0.7 percent difference here, after all. But, quite frankly, we do not really know if that's the case because this report, as always, lacks that distinction.

Now, let's move on to Gartner. The analyst company says that shipments of PCs in Q4 2017 are down by two percent to 71.55 million units from 73.01 million units a year prior. It counts desktops, notebooks and so-called ultramobile premiums, which include the likes of Microsoft Surface. Chromebooks and iPads are not counted, however. IDC, meanwhile, only counts "traditional" devices in its report, which include desktops, notebooks and workstation PCs.

The different data used certainly makes comparing the two "results" difficult, but, if you believe IDC's figures to be correct, that extra category in Gartner's data should have had a positive impact. However, there's always that possibility that Gartner's figures are correct and that either traditional devices or ultramobiles had an even worse quarter than the other group.

Either way, what this goes to show is that it's all too easy to make a point when you cherry pick the data that you need. Everyone's talking about fake news these days, so I think that it's more important than ever not to base our judgment on a single report that we may or may not like.

Drawing conclusions out of a single report falls in the same category. IDC posted its report earlier than Gartner, so the first people who wanted to cover PC shipments, my colleague Brian Fagioli included, reported based on those figures. That's the reason our story was titled "The PC market could be on the road to recovery."

Those who waited a few more hours or did not see IDC's report could have very well discussed the opposite scenario. Are both crowds right? Yes. Or maybe not. The two number sets alone are not enough to draw a conclusion, I think. But it is super interesting to read what IDC and Gartner analysts say.

"The fourth quarter results confirmed again that PCs are no longer popular holiday gift items. This does not mean that PCs will disappear from households," Gartner principal analyst Mikako Kitagawa says. "Rather, the PC will become a more specialized, purpose-driven device. PC buyers will look for quality and functionality rather than looking for the lowest price, which will increase PC average selling prices (ASPs) and improve profitability in the long run. However, until this point is reached, the market will have to go through the shrinking phase caused by fewer PC users."

"The fourth quarter results showed some potentially encouraging headway against the difficult environment in retail and consumer PCs," says IDC Personal Computing Device Tracker research manager Jay Chou. "Enticed by a growing array of products that promise all-day battery life, high portability, and address emerging use cases that require more compute power, pockets of the consumer base are taking a serious look at these revamped PCs. However, the overall PC market remains a challenging one."

If we look at the first comment, you will notice that Gartner isn't calling the PC market dead. And for good reason. People are still buying PCs, they just are not treating them the same as before. Why that is happening is a combination of factors, like old PCs still doing their job fine and the smartphone likely being the device people interact with the most throughout the day, making it the type of device they are most likely to upgrade first.

Meanwhile, IDC sees a slight growth as an "encouraging" sign, but it is not so optimistic as to say that things are turning around. Hence why the market is seen as "challenging." Like I said earlier, it is difficult to convince PC users to replace devices that often. If what they have works fine, which, given the progress in the past decade, is likely to be the case and, most importantly, they will not notice the difference, people are not going to buy a new one.

Something else to consider is that the evolution that we see today when it comes to desktops and laptops is modest. Yes, laptops are getting slimmer, last longer and are more powerful, but those benefits may not be so valuable to PC users that they will feel compelled to upgrade. My mid-2013 MacBook Air is not going to be any worse, the way I use it, than a new top-of-the-line 13-inch MacBook Pro with Retina display and Touch Bar. So, why buy one?

Desktops, meanwhile, are difficult to pitch to PC users, because they do not allow much freedom. I believe that gamers are most likely to want to upgrade there, and that's a niche crowd that does not tend to buy their new PC from a vendor such as HP or Acer, but rather build their own. So, that segment mainly appeals only to businesses, which still buy desktops for their employees.

Tablets like Microsoft Surface are very interesting, but they tend to be super expensive for most folks. It is not realistic to assume that most PC buyers are looking at devices that cost upwards of $1,000, at least not on a global level. So, Gartner could be onto something there. And so could IDC, when it says that the new generation of PCs is making some consumers want to upgrade.

The reports paint different pictures for the PC market last quarter, but perhaps the analysts agree on something.