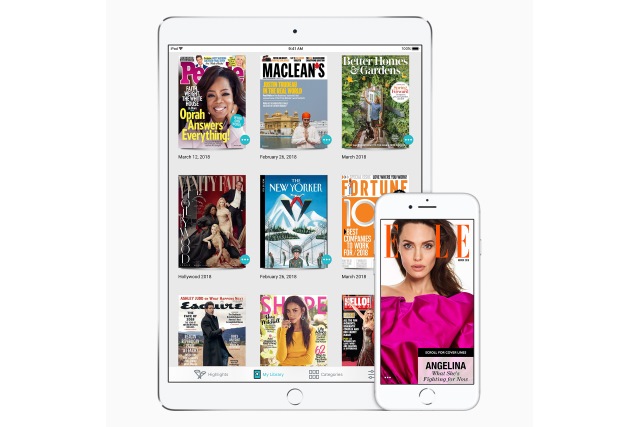 Today Apple revealed that it is to acquire the digital magazine subscription service Texture. The iPhone-maker says that it has signed an agreement about the acquisition but does not say when it will complete.

The company says the move is part of its commitment to "quality journalism from trusted sources," and it has already shown its appreciation of Texture by featuring it in the App Store's "best of" selections.

The service currently provides access to over 200 digital titles, including names such as Elle, the New Yorker and Vanity Fair. John Loughlin, CEO of Texture and Next Issue Media (the Condé Nast-owned company behind the service), voiced his delight at the acquisition: "I'm thrilled that Next Issue Media, and its award-winning Texture app, are being acquired by Apple. The Texture team and its current owners, Condé Nast, Hearst, Meredith, Rogers Media and KKR, could not be more pleased or excited with this development. We could not imagine a better home or future for the service."

We're excited Texture will join Apple, along with an impressive catalog of magazines from many of the world's leading publishers. We are committed to quality journalism from trusted sources and allowing magazines to keep producing beautifully designed and engaging stories for users.

Apple points out that a subscription to Texture gives users access to numerous titles for one monthly fee, but does not say whether this is likely to change in the future.