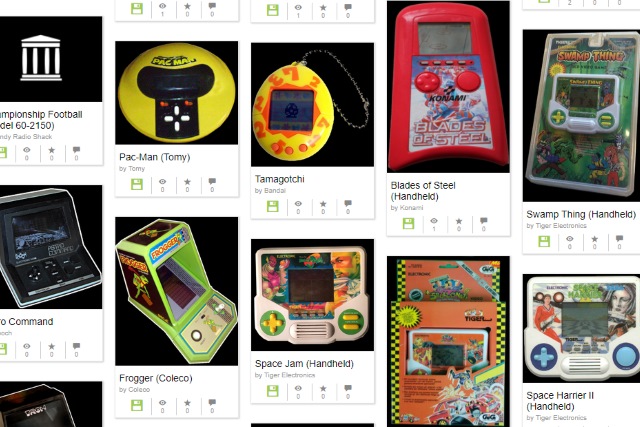 The Internet Archive is a staggering piece of work, saving for posterity books, movies, music, and entire websites. For a number of years, the site has also offered in-browser emulation, giving everyone the chance to get teary-eyed with nostalgia and play a range of console games online.

Now the emulation collection has been expanded to cover a wide range of handheld games including the likes of Mortal Kombat, Double Dragon and Q*Bert. The new Handheld History Collection builds on the work the Internet Archive has already done with the MAME development team.

Rather than emulating handheld consoles such as the GameBoy, Game Gear, Lynx and so on, the Handheld History Collection is concerned with those cheap LCD games that proved incredibly popular between the 70s and 90s -- including the legendary Tamagotchi. As the Internet Archive notes, in many cases the original task of transforming an arcade game into a shrunken version that could be played on a tiny screen was quite a feat, and now you can relive it all over again.

Jason Scott from the Internet Archive shared the news on Twitter:

There are over 200 games classified as "handheld" by MAME's database; we went with about 60 just to work out any issues, ensure there were documents, etc. I'll add more as time goes on, probably sooner than later. If your favorite isn't there yet, check again soon.

In an announcement about the new collection, he explains a little about the difficulties involved in emulating these games:

In the case of an LCD game machine, sometimes it is necessary to pull the item completely apart to get all the information from it. On the MAME team, there is a contributor named Sean Riddle and his collaborator "hap" who have been tireless in digging the information out of both LCD games and general computer chips.

To get the information off an LCD game, it has to be pulled apart and all its components scanned, vectorized, and traced to then make them into a software version of themselves. Among the information grabbed is the LCD display itself, which has a pre-formed set of images that do not overlap and represent every possible permutation of any visual data in the game.

Not only must the LCD panel be disassembled, but the circuit board beneath as well, to determine the programming involved. These are scanned and then studied to work out the cross-connections that tell the game when to light up what. The work has been optimized and can often go relatively quickly, but only due to years of experience behind the effort, experience which, again, comes from a volunteer force. Unfortunately, the machine does not survive, but the argument is made, quite rightly, that otherwise these toys will fade into oblivion. Now, they can be played by thousands or millions and do so for a significant amount of time to come.

If you feel like reliving your childhood, head over to the Handheld History Collection over on the Internet Archive.