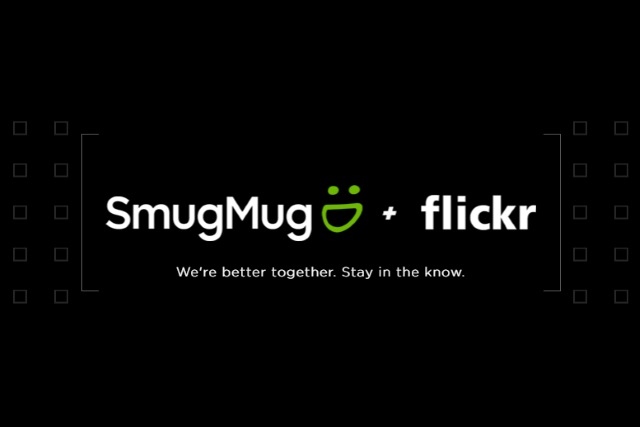 Photo-sharing site SmugMug -- used by consumers and professionals alike -- has agreed to acquire Flickr from Yahoo-owner Oath. The deal will see Flickr continuing to operate as a separate entity.

The aim is to create what's described as "the world's best home for photography", building on Flickr's existing 100 million-strong userbase. But what does the acquisition mean for Flickr users, and what does it mean for SmugMug's customers?

Both companies are eager to stress that nothing is going to change. That said, SmugMug does say that it will be migrating Flickr onto SmugMug's technology infrastructure, but it does not give any indication of when this will be happening. The company also says "we don't have any plans for immediate changes", but this obviously doesn't rule out change completely, and the notion of "immediately" is open to interpretation.

A message posted on the SmugMug website doesn't give away anything about the terms of the deal:

If you use our products today, rest easy, they aren't going anywhere.

The future is bright, but we'll only get there together.

SmugMug makes it clear that Flickr will be kept completely separate, and there are no current plans to either remove free Flickr subscriptions, or change the price of paid-for packages. The company is also keen to reassure users that there are no other changes planned for the services, other than an "eventual" move to SmugMug terms of service -- SmugMug uses the word "eventually", but Flickr explains:

In a FAQ about the acquisition, SmugMug says:

Absolutely nothing. Flickr and SmugMug will continue to operate separately, just as both have been. Your SmugMug and Flickr accounts will remain separate and independent for the foreseeable future.

Both Flickr and SmugMug users will continue to log in with their current credentials and you will have the same experience you are used to. If things do change in the future for Flickr, we'll be as transparent as possible about the process and give you as much notice as we can about the issues that will matter to you.

Flickr users who have questions about what the acquisition means can turn to the official discussion thread in the site's help forums.