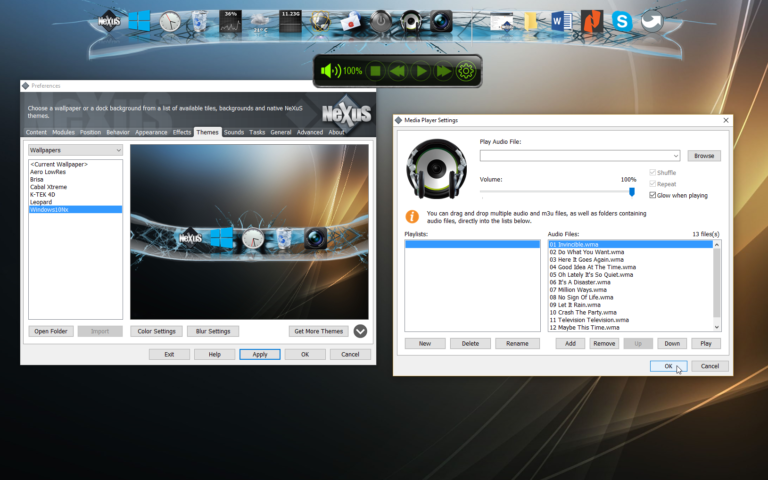 WinStep Software Technologies has updated its flagship products, WinStep Nexus Dock and WinStep Extreme, to version 18.5. Despite the point release, WinStep is billing this as a "massive release".

Docks are now accessible through NextSTART while the Media Player’s internal command gains enhanced features for unobtrusive music playback. There are also numerous improvements and features added to the Nexus Dock component.

A new effect category has been added for when deleting items, with a choice of 22 to choose from, including the likes of Ion Storm, Supernova and Teleport.

The Effects tab under the Dock’s Properties has also been improved to supply previews of selected effects, allowing users to see more clearly what each effect does without having to apply it. All available effects can even be visualized at the same time.

Several new Alarm overlays have been added to take the choice to 18, complete with a random option and an optional animated rain drop effect. Alarm reminders can now be toggled between window and full-screen mode by double-clicking them.

Other changes include performance improvements (25 percent less CPU usage when mousing over magnifying docks), a selection of new settings (including "Grab focus when activated") and multiple fixes and performance tweaks (see the full changelog). 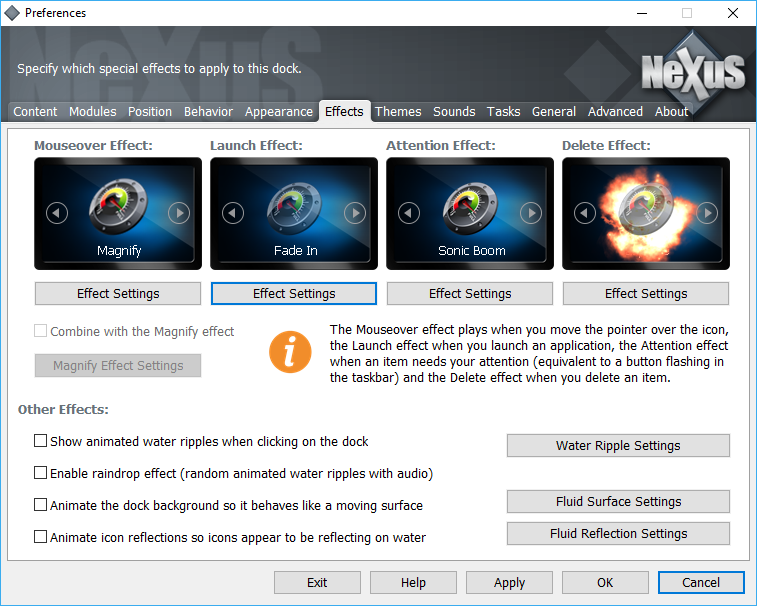 This change is focused on integrating Workshelf docks into NextSTART by allowing users to open and activate them via the NextSTART taskbar (via its Quick Launch area), hotspots and its menus.

WinStep Nexus Dock 18.5 is a freeware download for PCs running Windows 2000 or later -- a more fully-featured Ultimate version is also available for $24.95.