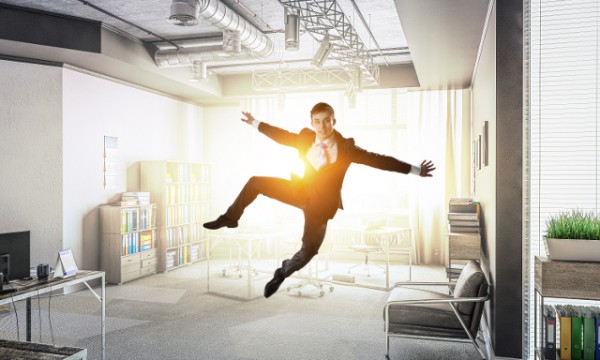 People are happier in their work and more positive about the future if they're working in a digital environment, according to new research.

The survey of 7,000 employees across 15 countries reveals almost all respondents (93 percent) think their workplace would be improved through greater use of technology, while 64 percent say their company will fall behind the competition if new technology isn't implemented. The same portion (64 percent) believe the traditional office will become obsolete due to advances in technology.

Globally, 69 percent of respondents say their companies have invested in digital workplace tools in the past year, and interest is growing in a new generation of technologies including smart building tools that automate temperature controls and lighting (24 percent), voice-activated and wireless AV technology (23 percent), and custom corporate mobile apps (23 percent).

The study also identifies some risks, however. Although employees report higher levels of cybersecurity awareness (52 percent think about security often or daily), they also admit to taking more risks with company data and devices, with 70 percent admitting to risky behaviors such as sharing passwords and devices.

A quarter of employees say they've connected to potentially unsafe open Wi-Fi in the past twelve months, 20 percent say they use the same password across multiple applications and accounts, and 17 percent admit to writing down passwords in order to remember them.

Le concludes, "This global study indicates that choice, personalization, ease and automation are improving the top line and the bottom line for organizations who are defining the future of work. Our own place of work is a living lab for the Smart Digital Workplace and we are seeing results such as faster hiring and higher offer acceptances. The benefits are tangible and go beyond productivity."

The full report is available to read on the Aruba website.