How ridesharing companies do (and don't) use background checks 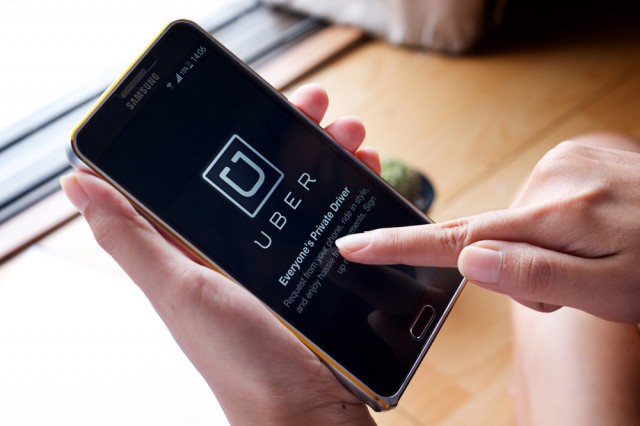 Ridesharing companies like Uber and Lyft are reshaping the transportation industry. In the past few years, these businesses have changed the way people explore cities, navigate to new travel destinations, and find their way home after a night at the bar.

While many consumers sing the praises of Uber and Lyft, there is one area in which these businesses have frequently courted controversy: background checks.

Uber and Lyft have background check policies outlined on their respective company websites.

On its website, Uber is not transparent about the nature of its criminal history checks: it is not made apparent whether candidates are screened using county, state, national, or federal criminal checks or some mix of these.

According to the Lyft website, the company’s background checks are largely comparable to Uber’s. Candidates must be at least 21 years of age and are required to pass both DMV and criminal history checks. Lyft is a bit more transparent than Uber when discussing what these checks look like.

For driving history, Lyft’s background checks bar any driver who has:

For criminal records, Lyft is like Uber regarding disqualifying offenses. Candidates can be disqualified for violent crimes or sexual offenses as well as for certain drug crimes, certain theft or property damage offenses, and some other felonies. Lyft reveals more about the system it uses to screen drivers, which includes both county and national criminal history checks going back seven years.

Critics of Uber and Lyft background check policies have urged the company to adopt fingerprint background checks. Both companies rejected this suggestion, claiming fingerprint-based checks would only offer the illusion of a more thorough driver screening program.

Misconceptions abound when it comes to fingerprint background checking. These checks use the FBI criminal history database, which, contrary to popular belief, is not a comprehensive database of all criminal records in the United States. This database is just a repository into which counties and states are expected to report their latest arrest and court records. These reports don’t always happen, which means the FBI database, like any other database, has its blind spots. In fact, some private databases are actually larger than the FBI database, which means they include more criminal records. Even these databases are not comprehensive, but they prove fingerprint background checks are not the be-all and end-all of criminal history vetting.

There are other issues with fingerprint checks, too. In many cases, the information reported to the FBI database does not include disposition details. If a person is arrested, charged with a crime, fingerprinted, and then cleared of the offense, an FBI fingerprint check might return records that lack the nuance to show employers (including ridesharing companies) what actually happened. Fingerprint background checks take longer than most other types of checks, which Uber and Lyft have argued could deter potential drivers.

In some cases, Uber and Lyft have left markets behind entirely because the jurisdiction in question passed a law or ordinance requiring fingerprint driver screenings. That narrative played out in Austin, Texas in early 2016 -- though both Uber and Lyft came back to the city a year later when a new state law superseded the local ordinance.

The reason many people are calling for ridesharing companies to adopt fingerprint-based background checks -- and are otherwise criticizing Uber and Lyft for how they vet their drivers -- is that both companies have recorded a fair share of incidents involving dangerous or questionable drivers.

The most obvious proof that Uber and Lyft have struggled with background check controversy is the website Who’s Driving You. The site is dedicated to tracking a list of incidents involving Uber and Lyft and their drivers. It includes links to deaths, assaults, kidnappings, and other serious incidents attributed to ridesharing drivers.

The site claims Uber and Lyft drivers have been responsible for 51 deaths, 98 alleged assaults, 375 alleged sexual assaults, and 18 kidnappings.

One example occurred in early 2017 when an Uber passenger accused her driver of rape. The driver, Yahkhahnahn Ammi, had a lengthy criminal record that included a first-degree murder conviction and an eight-year prison sentence. Uber had received a warning about Ammi from a woman who accused him of assault the previous Christmas, though that incident was not related to Ammi’s job as an Uber driver. The passenger filed suit against Uber in June of 2017. At this time, the lawsuit appears to be pending.

Another incident that prompted criticism of ridesharing background checks occurred in fall 2017 when it was revealed terror suspect Sayfullo Saipov had taken more than 1,400 trips for Uber. Saipov is accused of driving a pickup truck onto a popular bike path in New York City, killing eight people. He will stand trial for the crimes in October 2019. Uber said after the attack Saipov’s background check showed minor traffic citations but nothing that merited disqualification as a candidate.

Ultimately, passengers need to decide for themselves whether they feel safe with ridesharing companies like Uber and Lyft given the incidents that have plagued the companies in recent years. In some cases, more thorough background checks could not have prevented these incidents: Sayfullo Saipov had no criminal record that might have predicted his extremist leanings. In other cases, more thorough background checks may have prevented crimes. Yahkhahnahn Ammi may still have avoided detection by Uber’s background checks by using an alias unless Uber’s policies extended to alias checking.

Whatever passengers decide, it’s best for them to know exactly how the driver behind the wheel of their next rideshare is being screened.

Michael Klazema is the Chief Marketing Technologist at VODW and the lead author and editor for backgroundchecks.com. He has over two decades of experience in digital consulting, online product management, HR, employee screening, and technology innovation.