How to cut the cable yet stay within your bandwidth cap 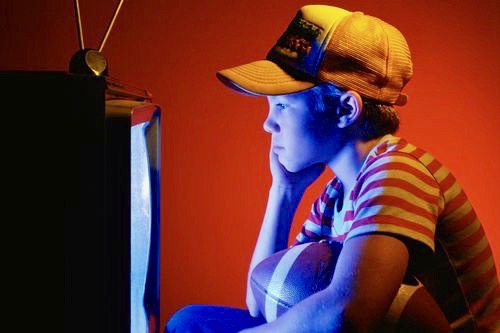 After 31 years of doing this column pretty much without a break, I’m finally back from a family crisis and moving into a new house, which sadly are not the same things. Why don’t I feel rested? I have a big column coming tomorrow but wanted to take this moment to just cover a few things that I’ve noticed during our move.

We have become cable cutters. Before the fire we had satellite TV (Dish) and could have kept it, but I wanted to try finding our video entertainment strictly over the Internet. It’s been an interesting experience so far and has taught us all a few lessons about what I expect will be an upcoming crisis of people blowing past their bandwidth caps.

When we were still up on the hill the only Internet available was six megabit-per-second (mbps) fixed wireless, which was incredibly reliable, if puny. We had the satellite for TV and DVR yet were still able to handle a Netflix account, though to avoid excessive buffering we had to drop the quality to standard definition (480p). Understand this was about data rates, not total usage. Our wireless connection, while slow, was uncapped.

Not so our new Comcast connection here in the burbs. We have 250 mbps, though most of the connections are through Wi-Fi and seem to peak-out about 90 mbps. Still, that’s plenty for anything we would ever do, right up through 4K video. And that’s the problem.

Replacing our satellite connection, I added Hulu and Amazon Prime Video to Netflix and then started doing free trials of the live Internet TV services like Sling TV, YouTube TV, Hulu’s live service, etc. It doesn’t take a week to know what doesn’t work well, which is why I ditched Sling and Hulu immediately. Sling was just plain unreliable, while Hulu worked well but wouldn’t allow us to change our geographic location, saying it violated terms of service even if we were just going to a different AirBnB across our little town. Though I only spent a couple days on the Sling TV free trial, which I then canceled, Sling TV is still trying to charge me. Beware.

So we settled on YouTube TV, which does the job of giving me George Stephanopoulos in the morning. $40 per month is a lot mainly to get little George, but selfish habits don’t want to die.

In short, I would prefer a skinnier bundle of channels for less money.

As it is, we’re now paying a total of $64 per month for video content, which is significantly less than we were paying before for Dish, except no HBO.

Comcast was only mildly irritated that I wanted neither their TV service nor their cable modem (I bought one for $30 at Walmart instead of renting). I think they are running into people like me more and more. Maybe they expect me to come back after I incur too many bandwidth overages. And they could be right.

Download caps were never an issue of Net Neutrality; under both Obama and Trump my Comcast account would have still been limited to 1024 gigabytes per month. While that sounds like a lot of data, it took us only 20 days to exceed it, with each successive 50 gigs costing $10 extra per month. Comcast gave us a grace period of two months to get our act together, so we haven’t actually paid any overages yet, but if we were paying it would have doubled our Internet bill.

To be fair, Comcast does offer an unlimited download service for an extra $50 per month.

I did an analysis of our data usage and found it was 70 percent video. So the answer, just as it had been up on the hill, was to reduce display resolution going to our two big-screen TVs and make sure boys don’t fall asleep leaving the TV on. The first was easy while the second is a work in progress.

The way to change your video resolution to save bandwidth is NOT by adjusting the settings in Hulu, Netflix, or YouTube. Leave those on auto. Change the settings in your set-top box, instead. I have a Roku on one TV and an Amazon Fire TV on the other and they both function the same in this regard, so I set them on 720p, which ought to still look pretty darned good.

Just how good it looks is surprising, because both of our TVs (one 1080p and one 4K) are upscaling and the 4K model really does look better. In fact, this is maybe the best argument I can think of for getting a new 4K TV, because it will pay for itself very quickly in bandwidth savings as the chart below suggests. With 4K TVs so cheap to buy until the tariffs kick-in, I’d say the payback simply based on bandwidth savings is no more than six months.

It will be interesting to see how the 4K set with a 480p input compares with the 1080p set at 720p. I suspect they will be very similar.

The kids have yet to even notice, by the way.

The Arris cable modem I bought included dual-channel Wi-Fi, but service was still spotty around the house so I eventually dug out my three first-generation eero units. This mesh networking solution was never very good at the old house so I eventually put it away in storage, which is the only reason why we still have it (along with furniture we never really liked).

What’s great about eero is it frequently (and automagically!) update its firmware. Ours was two years behind, so once it updated all around both the features and performance were dramatically improved.

My friend Dave Taht told me eero now has a buffer bloat solution and it’s true. This does not save any bandwidth, by the way, but it certainly makes viewing more pleasant. But QMS, as they call it, is by default set in the OFF position, so remember to turn it on.

Now I just have to get the eero to recognize my Raspberry Pi local DNS and proxy servers.

As I said, a real column comes tomorrow…