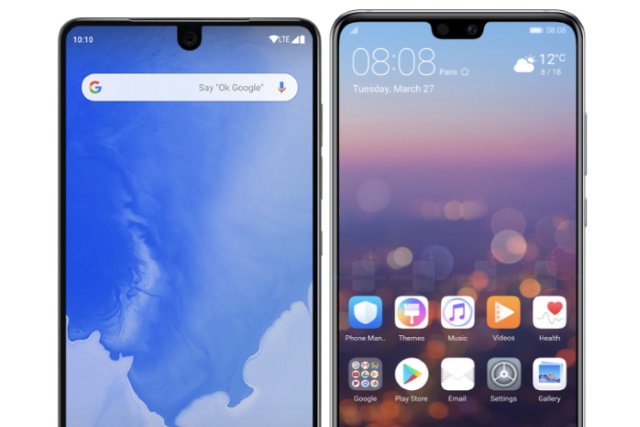 Phones with notches are incredibly divisive, but since Apple launched the iPhone X complete with a little screen cutout, there have been endless copies from other handset manufacturers. But is one notch enough? How about two or more?

If you fall into the "hate" camp when it comes to notches and cutouts it may be hard to convince you to buy such a phone, but for everyone else, Google has set out some new ground rules stating how many a phone can have, and where they can be located.

You might well be of the opinion that one notch is more than enough, but Google believes that two should be the maximum. In a move that most Android users will surely consider a blessing, the company has said that handset manufacturers should include no more than two notches on a device, they can only appear at the top and bottom of the screen, and a screen edge may only feature a single notch.

Android P introduces official platform support for display cutouts, with APIs that you can use to show your content inside or outside of the cutout. To ensure consistency and app compatibility, we're working with our device manufacturer partners to mandate a few requirements.

First, devices must ensure that their cutouts do not negatively affect apps. There are two key requirements:

Second, devices may only have up to one cutout on each short edge of the device. This means that:

Within these constraints, devices can place cutouts wherever they want.

Of course, Google can't really lay down the law here. There's nothing the company could do to prevent handset manufacturers from making phones with any number of notches they want -- but it could make life difficult for anyone who decided to ignore the guidelines. Google's primary concern is users, ultimately, and in suggesting restrictions on the number of notches, what the company is trying to do is to make life easier for developers and ensure a consistent experience for users.