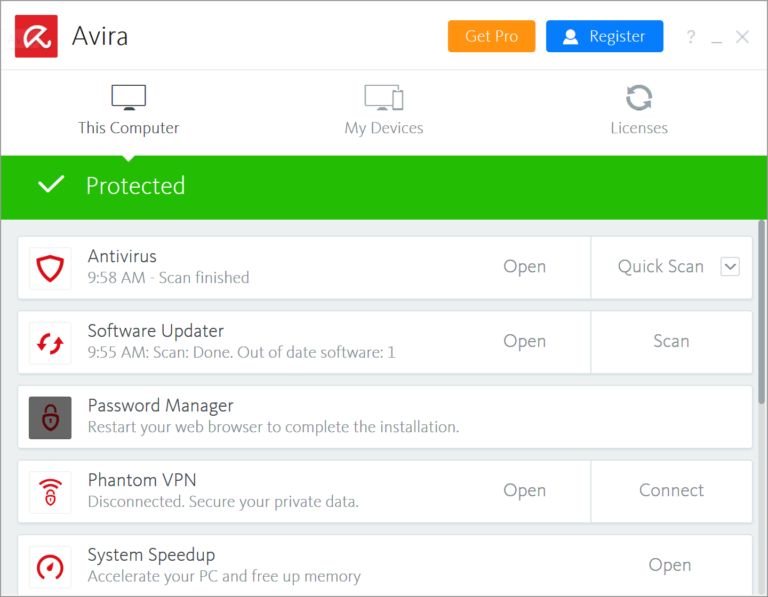 Version 2019 brings together all the vendor’s tools under one roof, and adds one new component to the mix: Password Manager. This comes with a Security Status feature that will alert users to global account, website and password breaches.

Like all good password managers, Avira’s new tool allows users to set their own passwords or let it generate random, more secure passwords, all of which are stored in the user’s vault, protected by a single master password, the only one users need to remember going forward.

The password tool can then be extended to other devices and platforms via the Avira app, allowing users to sync and access their passwords from anywhere.

The password manager forms part of what Avira dubs "triple-faceted" protection against what it believes are three major classes of threats. The other two are outdated devices and -- of course -- the ever-pervasive malware threat.

Avira Internet Security Suite includes a Pro version of its Software Updater tool, a cut-down version of which is also found in the free Avira suite. The Pro version allows users to get alerts for over 150 applications as well as drivers, plus receive automatic updates to patch vulnerabilities as soon as they’re discovered.

Avira’s bread-and-butter -- the anti-malware suite -- also gains a major improvement in the 2019 release: thanks to machine-learning techniques for classifying and detecting malware, new Avira detection files have been slashed in size by a factor of four, which means faster updates, scans and everyday operation.