How Windows 10 adoption and automation can protect your enterprise

With cyberattacks becoming more prevalent, Microsoft introduced a number of new or vastly improved security features in Windows 10, which officially hit the market in July 2015. The enterprise gave a collective nod of approval, and the Windows 10 migration was underway -- but at more of a crawl than a sprint. Although businesses wanted to take advantage of the Windows 10 benefits, the realities of deployment (associated time, cost, resource drain, and general complexity, to name a few) resulted in a slower-than-anticipated adoption process.

Now, three years in, Windows 10 has reached critical mass and continues to gain momentum. According to Adaptiva’s third annual Enterprise Endpoint Security Survey, the majority of respondents for the first time reported that their companies are running Windows 10 on most machines. In fact, more computers are running Windows 10 than all other versions combined.

But it’s not yet time for Microsoft to do a victory lap. Despite a 22 percent increase from last year in machines running Windows 10, with significant jumps in the 76-99 percent category and the 100 percent category, approximately 14 percent of respondents have Windows 10 running on only 10 percent or fewer of their systems. There is still clearly work to be done, but nevertheless, Windows 10 has succeeded in changing the way enterprises approach security-related tasks, particularly those that were previously considered mundane or low priority.

The question now becomes, "How do enterprises take advantage of the new security features that Windows 10 delivers to strengthen the security profile of endpoints across their organizations?" The emphasis switches from deployment to management and endpoint compliance takes center stage. Checks of the Windows OS configuration settings, patching levels, OS health, and myriad other endpoint settings must be performed with frequency and consistency to ensure that systems are compliant and secure.

With cyberattacks increasing globally with alarming speed -- costing companies millions of dollars and significant resources -- organizations are coming to grips with the fact that they have to prioritize the daily endpoint security habits that drive compliance and eliminate vulnerabilities. Security and IT operations must partner together to make sure that any issues which are discovered in an enterprise can be corrected quickly.

According to the Adaptiva survey, 53 percent of respondents believe these checks need be done on every single endpoint at least daily. This is quite an undertaking -- one that shows that companies are theoretically starting to place a higher value on driving compliance to reduce vulnerabilities across their organizations. Additionally, for the first time in the survey’s three-year history, no respondent indicated it was permissible to not inspect every endpoint. This further illustrates that a shift in thinking has permeated across industries that acknowledges the importance of general endpoint hygiene. What was once nearly an afterthought has become a priority.

Just because IT teams now have Windows 10 security features at their disposal and want to place greater focus on endpoint hygiene, however, doesn’t mean that they can. The survey showed that teams continue to struggle. Nearly half (49 percent) reported that Windows OS and application patching is difficult, and team members are overwhelmed by the amount of time it takes to both identify which systems are out of compliance and to remediate them.

Notably, less than half of IT pros believe their organizations are staffed well enough to drive endpoint compliance despite their desire and often mandate to do so. Respondents said that they don’t have enough team members or time to handle the consistent level of management of every endpoint they believe is necessary—and the staffing situation appears to only be getting worse despite growing awareness of the importance of endpoint management and security.

Understaffing minimizes the benefits of Windows 10, which has already consumed millions of IT hours (and dollars). More importantly, without the resources to adequately check and maintain system health and the ability to uphold the security of every endpoint at all times, organizations remain vulnerable to cyberattacks. As attacks become more sophisticated in nature, they require merely the smallest opening to wreak havoc networkwide.

Automate for the Future

Automated endpoint compliance solutions present a potential remedy. These solutions are designed to identify areas of potential vulnerabilities and remediate them in real time to alleviate hours of manual troubleshooting. A majority (59 percent) of Adaptiva’s survey respondents indicated that more than a quarter of their help desk tickets could be automated using endpoint compliance tools, which would free up resources to focus on other IT and security priorities.

While IT team members believe these solutions could effectively shore up endpoint security and configuration management, they also expressed frustration at a lack of available tools, training, and resources that could be devoted to automation. After allocating so much time and money to the Windows 10 migration and security tools in general, organizations may not be ready to spend even more on new automated solutions or to provide employees with the time to learn how to fully leverage them.

Now the challenge question becomes not when will an enterprise complete their Windows 10 migration but rather when will they be able to take full advantage of it and support its implementation and ongoing maintenance? Can they afford not to pursue automated options? In an era in which just a single endpoint that is out of compliance can serve as the entry point for a costly cyberattack, companies will eventually do whatever they must to prepare themselves, even if it takes a little while to get there.

In the coming year, expect to see more companies turn to automated management solutions as they continue to prioritize endpoint compliance to deliver on security level commitments. Learning from other companies’ misfortunes, organizations are beginning to realize that the fallout from a cyberattack is simply too great to ignore. 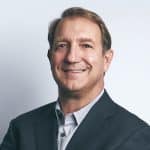